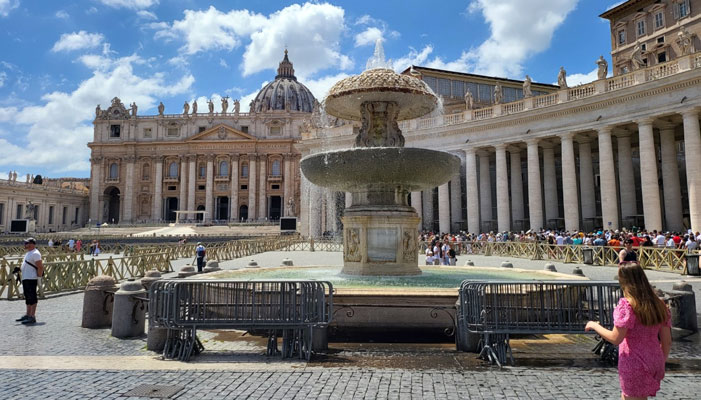 Contributed Photo/Courtesy Brando Quinn: St. Peter’s Basilica is one of the stops on the VIP Tour of Rome.

“When in Rome, do what the Romans do!” is a captivating phrase known around the world, however, I would change one aspect of the phrase, “When in Rome, don’t miss the (9-hour) VIP Tour of Rome with private Driver & Tour Guide operated by Limousine Service in Italy including skip the line Vatican Museum, Colosseum tickets and more!”

My daughter Brittany and I recently returned from a grand Mediterranean Cruise aboard the Norwegian Epic sailing from Civitavecchia Rome through Naples, Pompeii, Livorno Florence, and Pisa Italy, Cannes France, Palma Majorca, and Barcelona Spain, then returning through Ajaccio France back to Civitavecchia Rome Italy. Prior to our departure, we arrived in Rome three days early to explore the “City of Seven Hills”.

Before I get into our Tour of Rome, I had many people ask the question, “How difficult is travel in this post-pandemic world?”  The good news is that we have survived a worldwide pandemic and travelers are starting to break out their wallets and credit cards again to see the world with renewed vigor.  The airlines, hotels, rental car companies, tour companies, and cruise lines are gratefully getting back to a “new normal” and are doing everything they can to make travel once again safe, affordable, and enjoyable. Most countries including Italy are no longer requiring Covid testing if you are fully vaccinated and mask-wearing has become optional and is now generally left up to the individual to decide whether mask-wearing is for them.

I chose American Airlines from Phoenix to Rome, which services more than 50 countries around the globe and is a founding member of the One World Global Alliance.  They have partnered with the convenient Verifly APP which allows you to upload any documents needed prior to arrival at the airport making check-in at the airport a breeze. Although I was not required to have a Covid test taken prior to departing, I had one taken the day before I left at our local Walgreens just to be certain I was healthy and for the added peace of mind.

I had pre-arranged our 9-hour Rome Italy VIP Tour at Viator.com. The tour is provided by Limousine Service in Italy, a locally-run company founded by husband and wife team Simona and Nicoli in 2013.  They provide a wide variety of exciting private and customizable tours using only fully licensed blue badge tour guides and provide skip-the-line tickets with no hidden charges. The tours are in luxury Mercedes Benz vehicles operated by professional drivers. Although the tour can be paid for in advance on Viator, the Skip the Line tickets, which are purchased in advance by the tour company for the Vatican Museums, and the Colosseum are not included in the price and we brought $80 Euros to pay our guide for the tickets ($35 Euros Colosseum & Arena skip the line tickets and $45 Euros for early morning Vatican Museums with priority access to Sistine Chapel tickets)

On Saturday at 7:15 a.m., we were picked up at the Golden Tulip Rome Piram Hotel conveniently located near the Rome City Center Train Station and within walking distance to many of the local attractions by driver Marcus and Tour Guides Nicoli and Alessandra. The Mercedes Benz was comfortable and could easily accommodate six passengers or more.  Our driver headed to Vatican City for our early morning Vatican Museums Tour with skip-the-line entry tickets.

As we pulled up to the Vatican, we saw an extensive line of people waiting outside to enter the museum, however, Alessandra walked us to the front of the line and we were greeted by the gate guards as they motioned for us to enter – a great plus when going with this tour company.  The display of works inside this magnificent museum is an immense collection amassed by the Catholic Church and papacy throughout the centuries and includes some of the most renowned Roman sculptures and masterpieces of Renaissance art in the world. Containing more than 70,000 works, 20,000 of which are on display, this museum is not to be missed. Along the route, we were admitted to the Sistine Chapel, where the ceiling is decorated by Michelangelo’s paintings accomplished between 1508-1512.  Other paintings included masters such as Botticelli, Perugino, Pinturicchio, and more. Our guide Alessandra, who had completed her master’s thesis on the Vatican and Sistine Chapel, gave us inciteful tips and little-known historical facts and we were delighted to hear some of the “gossip” that isn’t published about Michelangelo’s paintings and his arduous relationship with the Pope.

We then moved into St Peter’s Basilica, which was initially planned by Pope Nicholas V with construction beginning in 1506 with completion in 1626. It is considered one of the most renowned works of Renaissance architecture and the largest church in the world. Catholic tradition holds that the basilica is the burial site of St Peter who was chief among Jesus’s apostles and the first Bishop of Rome (Pope). The entire interior is lavishly decorated with marble, reliefs, architectural sculpture, and gilding. The basilica contains many tombs of popes and other notable historical people. Some of the must-see sculptures and paintings are Michelangelo’s Pieta and the baldachin or canopy over the Papal Altar designed by Bernini.

We continued our journey outside the basilica to St Peter’s Square the most famous baroque square in the world where during the conclave the crowd waits to see for the first time the face of the new Pope. At the center is one of the most ancient Egyptian obelisks standing 84 feet tall and was originally erected in Heliopolis Egypt by an unknown pharaoh.

After an incredible morning, it was time to take a break and get something to eat! Our driver took us to a local restaurant where we ate Caprese, Pizza, a variety of local delicacies, and drank some refreshing beverages. After a refreshing break, we took off towards the Colosseum. This famous Roman amphitheater was built between A.D. 70 and 72 by emperor Vespasian and hosted events like the gladiators and hunting games. The Colosseum could hold an estimated 50,000-80,000 spectators and is now considered to be one of the new 7 Wonders of the World!

Our driver Marcus then navigated the busy streets for a look at the Roman Forum. The political center of ancient Rome and a symbol of power for the Eternal City where in the 8th Century the city was founded and from where the Romans began their incredible history of conquests throughout Europe. Nearby is located Palatine Hill which is the centermost of the Seven Hills of Rome and one of the most ancient parts of the city. Here Imperial palaces were built starting with Augustus and were mostly occupied by houses of the rich. Excavations are still uncovering hidden gems in this area of Rome.

Alessandra then had Marcus veer off the beaten path to a hidden gem on the Aventine hill, rarely seen on any tour, the Aventine Keyhole, Rome’s semi-secret peephole vista, and a former Crusader stronghold.  The end of a cul-de-sac features a stunningly well-framed tiny view of two nation-states and one country with the dome of St Peter’s perfectly situated in the center. The doorway keyhole leads to the Priory of the Knights of Malta, legendary crusader knights, and religious order.

The next stop was the “Pantheon!” This marvelous building dates to 25 B.C. by Marco Agrippa who was an important Roman general and son-in-law of Emperor Augustus. After almost 2,000 years you can still visit this ancient building with its incredible open dome.  One of the most unique monuments in the world, cylindrical with a portico of large granite Corinthian columns, it is considered the world’s largest unreinforced concrete dome in the world with a height of 142 feet.

Nearby we found the Trevi Fountain an 18th-century fountain that is considered one of the most beautiful and probably the most famous fountains in the world!  A symbol of incomparable beauty. The taming of the waters theme tumbles forward and mixes water and rockwork with Tritons guiding Oceanus’s shell chariot taming the hippocamps. We took part in the “good luck” tradition of throwing two coins with the right hand over the left shoulder. In 2016, an estimated $1.5 million was thrown into the fountain!

Another stop nearby and off the beaten path, we found the Largo di Torre Argentina square with the ruins of four Roman Republican temples and the remains of Pompey’s Theatre where Julius Caesar was assassinated by a group of senators on the Ides of March 44 B.C. during a meeting at the Senate.

We then made several last-minute must-see short stops to see the Piazza del Campidoglio on Capitoline Hill one of the political and religious hearts of Rome and a symbol of Rome’s reign as the capital of the world.  The Piazza Venezia a central hub of Rome including the Via dei Fori Imperiali and the Via del Corso. The Via del Corso, a rectangular square in Piazza Navona the Campo de Fiori or “field of flowers” and the Piazza Navona one of the most beautiful squares in Europe symbolize the power of Pope Innocent X and his family exposing a Bernini masterpiece in the center as the fountain of “Four Rivers”.

Our driver then took us back to our hotel and our guides gave us hugs goodbye. Rome the Eternal City will be forever etched in our memories with this 9 hr. tour that gave us an everlasting appreciation of the Roman traditions. “When in Rome, do what the Romans do!” is a captivating phrase known around the world, however, I would change one aspect of the phrase, “When in Rome, don’t miss the (9-hour) VIP Tour of Rome with private Driver & Tour Guide operated by Limousine Service in Italy including skip the line Vatican Museum, Colosseum tickets and more!”

Note: Covid conditions and regulations are constantly changing. For up-to-date information from the Centers for Disease Control (CDC) go to https://www.cdc.gov/. 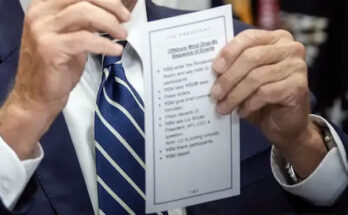 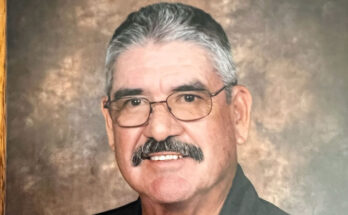 Editorial: What non-voters have wrought