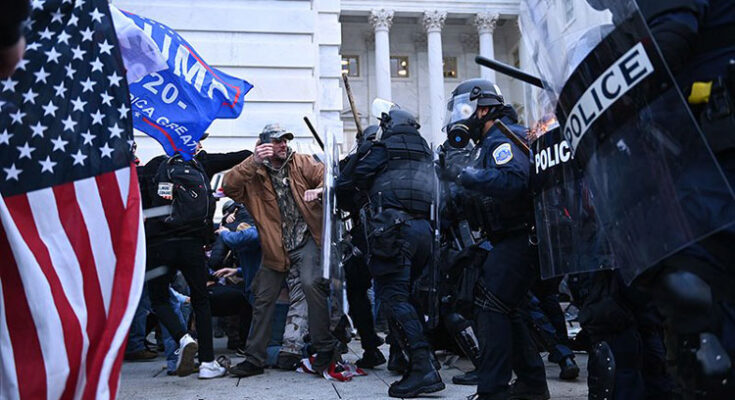 “Trump stumped over why Jan. 6 panel didn’t ask him to testify earlier. Nobody else is.”

The committee’s rationale may be best expressed by what Trump’s former attorney, John Dowd, says in Bob Woodward’s first book about Trump, “Fear”:

Executive privilege being what it is, Dowd couldn’t reveal every clucking lie.

We don’t need them anyway. So many are on the record. So, so many.

This helps explain why so many Trump attorneys decided in short order that to represent him, all the money in the world proved insufficient.

What did they fear most? Let’s just say that were any attorney to let Trump speak under oath, an open window from the nearest high-rise would be the next career step.

Again, enough is on the record to convict the former president of any number of crimes.

Much has been said of his “fight like hell” exhortation to the “law and order” devotees who would defecate inside the U.S. Capitol, batter cops senseless, and destroy and damage public property to the tune of millions of dollars.

Too little is devoted to how he convinced the rioters the election was stolen.

Indeed, for this criminal conspiracy, the numbers Trump shared from the microphone made explicit the term “calculated crime.”

In Michigan: “6,000 votes switched” (in one county nonetheless).

In Pennsylvania: “more absentee votes than you had voters – by the thousands.”

So, OK, said the rioters. We’ll hang the vice president for you.

Court after court found no truth in any of these claims, and no evidence to back them up. Attorney General Bill Barr categorized them as bovine dysentery.

They were lies, incitement without consequence.

But one recording caught Trump lying in a way likely to bring prosecutors to his door – the pressure exerted on Georgia’s secretary of state to “find” just enough votes to award that state to him.

In the tape, we hear the least convincing “uh” in history.

“There’s nothing wrong with saying you’ve recalculated,” Trump told Georgia Secretary of State Brad Raffensperger, reminding him he was a fellow Republican.

“The challenge you have, Mr. President, is that the data you have is wrong,” said a wholly reserved Raffensperger.

When Trump was impeached the first time, it was for asking Ukraine’s president to just say he was investigating Biden, even if he wasn’t.

Trump proceeded to throw around numbers with such specificity – too specific – he was like a high school sophomore with test answers scrawled on his non-writing arm:

He said 2,326 absentee ballots were “sent to vacant addresses.”

And, “I believe it’s about 4,502 voters who voted but weren’t on the voter registration lists.”

You believe? Where is the evidence? Not a single claim, replied those charged with counting Georgia’s votes, held any water.

It took Trump 18 calls to get Raffensperger on the line to bully him.

Numbers, numbers – like 61 lawsuits rejected by the courts. For assertions so full of certainty and specificity and zeroes, one would think at least one of those courts would be swayed.

One might well ask: So what if one were to “recalculate” Georgia to this man’s specifications? It wouldn’t have kept him in the White House. Georgia wasn’t decisive.

So what was his gambit?

It was just as Steve Bannon explained in the lead-up to Jan. 6. As with everything surrounding Jan. 6, what Trump wanted was to cast doubt, to amplify discord, to create “a firestorm,” to short-circuit the system. Bannon also said Trump would declare himself the winner, even if he wasn’t.

If he couldn’t be president, he would cause chaos, no matter what institution or whose lives he destroyed.