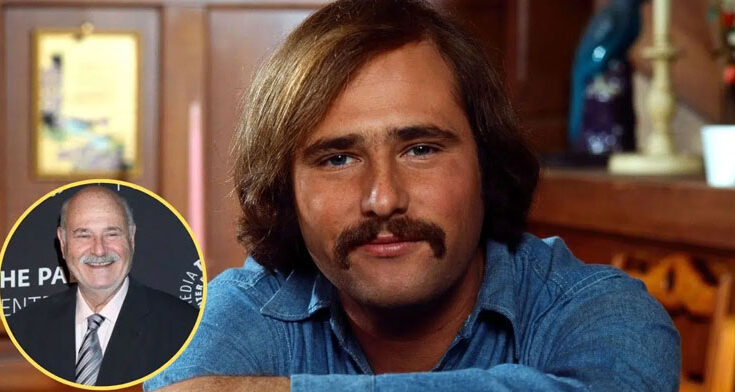 It’s becoming beyond redundant; beyond absurd; beyond monotonous.

Depending upon your point of view.

Anything that can go wrong in the political arena is quickly labeled by Democrats, and liberal media, as being the result of former President Donald Trump.

Including, if you can believe it, the recent assault on Paul Pelosi – U.S. House Speaker Nancy Pelosi’s husband – in their home in San Francisco.

The popular TV program “The View,” is an excellent example.  Seems hardly an episode can escape the repetitive denunciation of Trump by the foggy craniums of the clueless hosts.

Their nonsense has gone on for so long that it’s become institutionalized.  Though, not exactly in a positive way.

On the left coast, Hollywood’s Walk of Fame is a collection of about 2,700 stone and brass stars embedded into sidewalks.  Names of actors, singers, stage performers, and others associated with the entertainment industry are scattered along several blocks in Hollywood.  A permanent feature you don’t even think about as you scurry from one tourist attraction to another.

Ironically, Donald Trump has a star.  Don’t believe Joe Biden does.  Maybe he couldn’t remember his lines long enough to get a good acting gig.

Actor/director, Rob Reiner, who rose to fame as Archie Bunker’s son-in-law “Meathead,” in the CBS television sitcom “All In The Family”, which aired from 1971 to 1979, has again surfaced to expose his obvious TDS infliction.

Actually, Reiner may be reprising his Meathead character, only in an updated scene.

Similar to Rep. Liz Cheney’s bleat she would “do whatever it takes” to make sure Donald Trump is never allowed in the White House again, Reiner tweeted a near identical rant, with an added twist – he blamed the assault on Paul Pelosi and the “attempt to murder Speaker Pelosi” as a ploy by Donald Trump.

I suppose Reiner missed the important fact Nancy wasn’t home at the time of the early morning incident; no home alarm system was tripped, and the cops arrived only after receiving a 911 call from Paul.

Consequently, any “attempt to murder” Nancy would have to wait until she returned.

Maybe, Trump planned it that way.

Keep in mind, the Pelosis are a very influential and wealthy family.  Nancy is Speaker of the House of Representatives, second in line to the presidency, behind VP Harris.  To fathom their residence was invaded without alarms sounding or federal and local security being alerted seems a bit improbable.

At the time of this writing – almost a week after the assault – no security cameras, police videos or body-cam footage has been available to reveal what happened.  Additional information is scant.

Also, Reiner urges Trump’s indictment and that he “never be allowed to hold office.”

Okay, but first, Trump, as a private citizen, has to be tried and convicted by a jury.  If he fails to win his case, he also has the right to appeal – just like anyone else.

Obviously, Rob must have forgotten, didn’t know – or ignored – that part of the procedure.

It goes without saying many folks involved in the movie and television business appear to eventually lose contact with reality.  They can’t seem to differentiate between the make-believe world of Hollywood and how the actual world really functions.

While skillful in their professions, fame, and fortune often cloud judgment, negating any common sense they may have once had.  No doubt, Reiner suffers from this malady as his moronic message affirms.

However, Rob, like Liz, is certainly entitled to their opinions, no matter how badly flawed.  I believe they believe Trump is the root of all evil, a master of deceit, and a first-class con artist.  He secured the presidency over Hillary by winning the Electoral College in 2016 and then lost the presidency to Joe’s amazing voter turnout in 2020.

Joe received an astonishing 81,268,924 votes in 2020 – without hardly leaving his home to campaign.  An accomplishment that should qualify for an entry in Ripley’s Believe It or Not.

By comparison, Barack Obama earned 62,611,250 votes in the 2012 election.  Obama is certainly much more charismatic, popular, and politically astute than Biden, so the nearly 20 million vote difference is puzzling.

In between Trump’s two campaigns, there were numerous investigations, impeachment attempts, FBI shenanigans, and other assorted skullduggeries.

The silliness never seems to end, even after Trump has been out of office for almost two years.

I suppose if the tectonic plates under the San Andres Fault were to suddenly shift, causing catastrophic tsunamis and ice avalanches in Artic regions of the globe, which in turn, would rise sea levels by several hundred feet, the underlying cause of the calamity would ultimately be determined as another heinous prank, concocted by Donald “Lucifer” Trump.

After all, if the Left routinely considers him a reincarnated Hitler, Putin groupie, white supremacist, racist, misogynistic, election denier, fascist, bigot, Proud Boys supporter, and Master of the Mega MAGA’s, can coronation of being proclaimed the Devil be far behind?

Not sure what’s worse than that, but they’ll think of something.

Imagine, people actually having the opportunity of free speech and opinion on social media without being canceled!