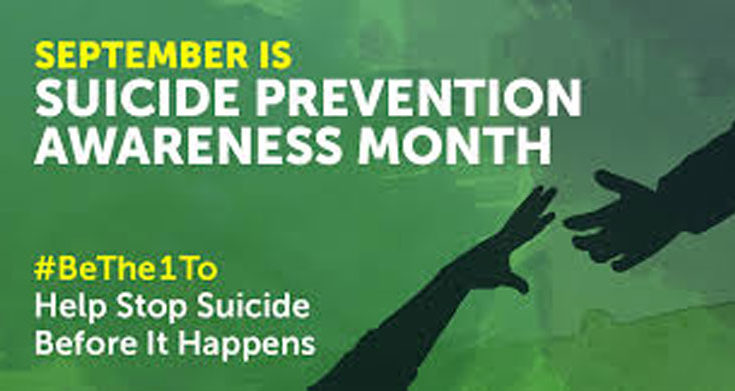 Talking about suicide prevention is becoming less of a taboo topic in the USA. Caring and compassionate conversations with suicidal individuals provide connection. Do you know where to refer people that need help in your city and county?

The American Association of Suicidology makes available a summary of national suicide statistics as soon as they become available from the National Center for Health Statistics.
According to 2017 data, an average of 1 person every 11minutes killed themselves (1 male every 14 minutes, 1 female every 51 minutes). www.suicidology.org.

Young people are experiencing the emotional pain of hopelessness and helplessness. Suicide is the second leading cause of death among youth aged 10-19 years in the U.S. That statistic is alarming to me.

The Jason Foundation, Inc. (JFI) is dedicated to the prevention of the “Silent Epidemic” of youth suicide through educational and awareness programs that equip young people, educators/youth workers and parents with the tools and resources to help identify and assist at-risk youth.

Jason’s father wrote the following on the website: “Jason was my youngest son. He was an average 16-year old. He got mostly B’s on his report card, and he loved sports. Especially football. He was active in his youth group and he had a lot of friends. Jason was the one who was always up for going places and trying new things. From all appearances…my son loved life. But on July 16th in 1997, everything changed. My son, Jason became a statistic of the “Silent Epidemic” of youth suicide. In trying to come to terms with what happened, I began researching youth suicide. The statistics are very alarming. Did you know that on average, over 100 young people this week will become victims of youth suicide?” www.jasonfoundation.com.

Suicide in the Military

According to a 2019 report by the Defense Suicide Prevention Office, 325 active-duty members died by suicide in 2018: 139 active-duty soldiers, 68 sailors, 60 airmen, and 58 Marines. www.military.com.

A 2019 article in Stars and Stripes reported that 78 airmen, spread across the entire Air Force,
died by suicide in 2019. And the year is not over.

This month the Marine Corps will highlight prevention efforts, promote resources and support services, and engage Marines and families in an awareness campaign that will promote community connectedness and belonging. www.usmc-mccs.org

Suicide prevention is a high priority for people working to promote wellness and reduce health disparities affecting American Indians and Alaska Natives (AI/AN). Drawing on strengths within Native traditions, community leaders and experts are developing models that are culturally based to promote mental health and prevent suicide for future generations. www.sprc.org.