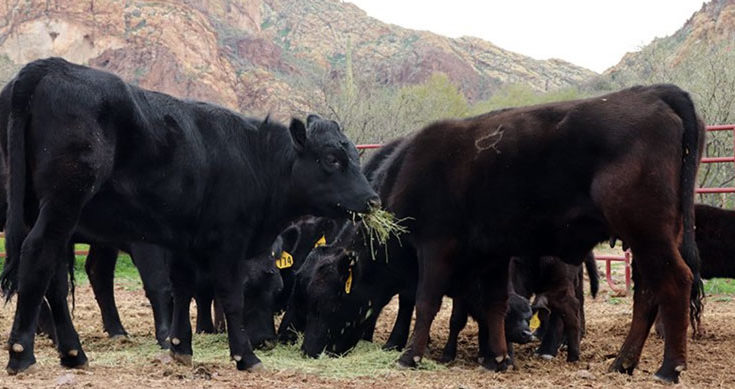 File Photo By Lurissa Carbajal/Cronkite News: Cattle in Chuck Backus’ ranch in the Superstition Mountains. The Arizona Cattle Feeder’s Association is against Senate legislation called the STEP Act, which would tax unrealized capital gains when someone dies and eliminate a longstanding tax provision called “step-up in basis.”

Mary Jo is actively involved in her family’s farm and cattle feeding operation in Red Rock.  They also have been involved in ranching.

In Arizona, farming has been a way of life for hundreds of years, long before Arizona was ever a state. Today, Arizona is home to more than 20,000 farming operations — the vast majority being family farms — providing 162,000 jobs and $23.3 billion to our state’s economy. Since the beginning of the COVID-19 pandemic, our farming community has played an essential role in helping to keep food on our tables and our grocery stores stocked. Tragically, many family-run farms did not survive the pandemic due to unforeseen challenges like supply chain disruptions and processing plant closures. According to the American Farm Bureau, in March 2020, farm bankruptcies jumped by 23% and in the 12-month period ending June 30, 2020, 580 American farmers filed for chapter 12 bankruptcy protection.

Out of all the lessons learned from the pandemic, supporting multi-generational family farms should have been near the top of the list. The future of America’s food security depends on the ability of family farms to pass on their legacy to the next generation. Unfortunately, the Biden Administration has proposed one of the largest tax increases in modern history, and Arizona’s farms and ranches are in the crosshairs.

To help pay for the administration’s $1.8 trillion American Families Plan, President Biden has endorsed Senate legislation called the STEP Act which would tax unrealized capital gains when someone dies and eliminate a longstanding tax provision called “step-up in basis”. This provision has been around for 100 years and has effectively lowered the tax burden for ranchers, farmers, and small business owners who wish to pass on their life’s work to their children. Under current law, if a farmer/rancher took out a loan in 1970 to purchase a farm/ranch for $100,000, and today the ranch is worth $2 million, when the rancher dies, his children will inherit the ranch at today’s market value of $2 million. The cost basis of the ranch has been stepped up to $2 million, and the inheritors do not have to pay capital gains taxes on the appreciated value.

The STEP Act would create a brand-new tax, some are calling the “zombie tax”, that forces anyone who inherits an asset or estate valued at over $1 million — like a family ranch — to pay retroactive capital gains taxes on purchases made by the dead. This would require inheritors to track down the original costs of assets that could have been purchased a lifetime ago. While President Biden has repeatedly promised middle-class Americans that his tax increases would only impact wealthy earners, research reports that the zombie tax would impact one-third of all U.S. farms.

The value of most family farms and ranches is tied up in illiquid assets like land and equipment. On paper, a farmer or rancher may seem wealthy, but according to the USDA, the average net cash farm income (NCFI) for farm businesses is forecasted at $91,800, and much of that revenue is reinvested back into the farm. In the example above, if the Biden tax plan were enacted, when the children of the farmer/rancher inherit the business, the IRS would take roughly $350,000 from the estate. If the children of the farmer/rancher do not have the cash on hand to pay the tax bill, they would be forced to make some tough decisions, like cutting wages and employees or even selling off the ranch.

The Biden Administration has offered an exception to allow family farms to pay off the tax bill over 15 years. However, if farmers or ranchers need a bank loan to help support their business, any unpaid taxes levied by the zombie tax will be seen as a lien or tax liability. Ranchers will not be able to get any new lines of credit to keep their business running while they settle the tax liability, regardless of President Biden’s exemption.

Fortunately, Arizona Democratic Congressman Tom O’Halleran has publicly come out in opposition to eliminating step-up in basis. In May, he joined 12 of his Democratic colleagues in telling House Leadership that President Biden’s new spending proposals should not be paid for on the backs of family farms and ranches. While that may be a good start, the Biden Administration’s massive tax increases will still negatively impact all Americans—especially middle-class families—just as our nation begins to recover from the COVID-19 pandemic. Congressman O’Halleran must stay strong and be the voice for Arizona’s farming/ranching community and tell the Biden Administration that any tax increases would be devastating on the future legacy of agriculture in America. 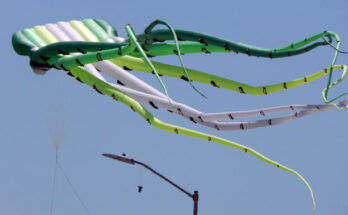