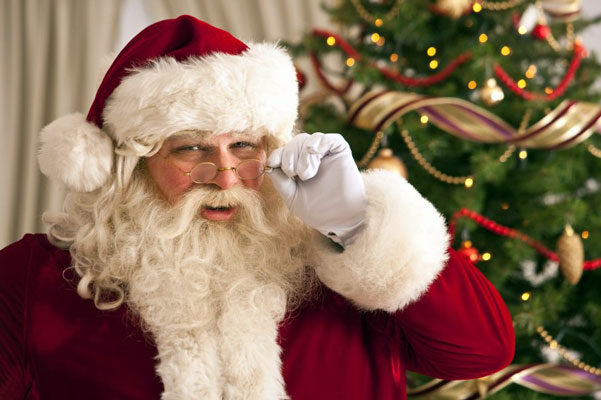 Ho-ho-ho. Do your children believe in the magical, mythical, mysterious bearded man in the red suit who drives a sleigh with eight reindeer? Did you believe in the jolly ole guy during your childhood? Is your family seeped in the Santa-obsessed season?

Well, here’s my question: Is there any harm to children when parents lie about Santa Claus being a real person? Answer: It depends on who you ask.

David Johnson, Ph.D., author of the book, The Myths that Stole Christmas (Humanistic Press, 2015) debunks the myth that “The Santa Claus Lie is Harmless.” Lying to children gives the message that parents cannot be trusted, so the argument goes. Is Johnson just a Christmas Scrooge and a Santa naysayer?

And don’t adults teach children not to lie. Hmmm. And aren’t children disciplined for lying?

How do children learn to distinguish fantasy from reality when adults tell tall tales about flying reindeer, elves at the North Pole, and a naughty and nice list?

Parents tell children that every Santa at the mall, in a parade, and in a store is the real deal. Then fib about a roly-poly person coming down the chimney; eating cookies and milk, and leaving gifts.

And how many parents lie about the Elf on the Shelf moving from place to place? That’s just too creepy.

My college professor grew up believing that Santa didn’t like him because he didn’t receive nice toys like his classmates or neighbors. His parents were poor. What do kids in poverty think about Santa when their stockings are empty?

I told my daughter that Santa Claus was not real, but that we could have fun and pretend. Does that make me an avocado green Grinch that stole the gifts in Whoville?

Often, older siblings and peers at school spill the beans and tell youngsters the truth about Santa being a fraud, a fake, a phony. The gig is up unless parents reaffirm the illusory story. 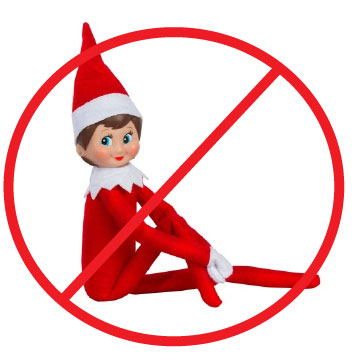 Some families tell the factual story of St. Nicholas, add the Kris Kringle narrative, and connect him to the modern-day Santa Claus, so it’s only half a lie. The United Kingdom’s Father Christmas and the American Santa Claus became more and more alike over the years and are now one and the same.

Adam English wrote about the life of St. Nicholas in his book, The Saint Who Would Be Santa Claus: The True Life and Trials of Nicholas of Myra (Baylor University Press, 2012).

“But there is no evidence suggesting that learning the truth about Santa is traumatic for children—or that it leads to trust issues between kids and their parents,” proclaims Vanessa LoBue, Ph.D., in a 2016 article in Psychology Today.

“Yes, Virginia, there is a Santa Claus” is a phrase from an 1897 newspaper editorial column printed in The New York Sun. A child wrote and passionately asked, “Please tell me the truth, is there a Santa Claus?” The answer: “Yes, Virginia, there is a Santa Claus. He exists as certainly as love and generosity and devotion exist, and you know that they abound and give to your life its highest beauty and joy. Alas! how dreary would be the world if there were no Santa Claus! It would be as dreary as if there were no Virginias. There would be no childlike faith then, no poetry, no romance to make tolerable this existence.” www.nysun.com/editorials/yes-virginia/68502/.

The natural imagination of children allows them to read fictional books, create stories, and enjoy superheroes. Child-development experts assert the benefits of a healthy imagination for producing curious and creative children. And pretend play is a healthy component of a child’s social, emotional, and cognitive development.

What’s a parent to do? Parents get to choose whether they reinforce the traditional Santa story with their own children based on their religious values, cultural beliefs, and preferences. And the same thing goes for the Easter Bunny and the Tooth Fairy. Ho-Ho-Ho.

Melissa Martin, Ph.D., is an author, columnist, educator, and therapist. She lives in Ohio. www.melissamartinchildrensauthor.com.

Editorial: President Biden has cancer, COVID, and a high I.Q. all at the same time