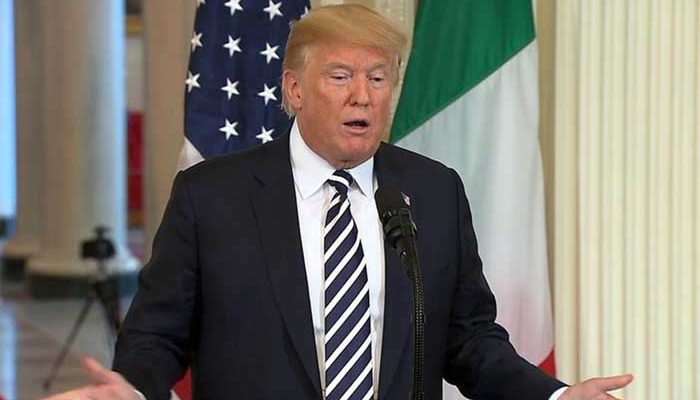 The car is approaching 200,000 miles. Aside from the leaking steering-wheel column and two automatic windows that don’t automate, it runs pretty well

It was the primary vehicle when we obtained the consumer loan for which the car remains collateral.

The friendly finance guy took the car’s picture to prove its existence as collateral. He would take it if things went south.

Our loan was not based on a lie.

That’s how the world works for those of us who don’t have a brand.

Among many of the tricks Donald Trump employed to inflate the worth of all that is him, now called “BS” by New York’s attorney general, is what analysts call a “brand premium.”

In other words, he deemed his properties vastly more valuable simply because they had his name on them. And, charges the state of New York, “vastly” vastly understated the con.

That was for getting sumptuous loans. The other side of the con was undervaluing his stuff for tax and insurance purposes.

This is to say that impeachment for the removal of Trump from office shouldn’t have waited for his unconscionable effort to extort a made-up political scandal from the president of Ukraine.

The process of removing him should have begun the moment former attorney Michael Cohen told Congress Trump did exactly what the New York AG alleges.

Or it could have begun earlier than that because suspicions were so clear and evident.

Cohen’s testimony is cited as having sparked the New York investigation. But the New York Times was on the case, too.

Thanks to tax documents Mary Trump obtained from a suit she filed against her uncle, the Times reported that The Donald’s real estate empire was built on soggy parchment and Daddy money.

He couldn’t release those documents, recall, because they were under audit. Just another lie.

Now, at long last, a judge has ordered those tax returns handed over to congressional investigators.

Those returns should have been available for all of us long ago, we who were being asked to award fiduciary responsibility of an entire nation to him.

Trump was in office only weeks when Allan Lichtman was out with his book, “The Case for Impeachment.” Too soon? Ahem.

Lichtman’s main concern was Trump’s compromising entanglements overseas, particularly with Russia and his bid to Putin-smooch his way to a Trump Tower in Moscow.

As he campaigned for president, Trump continued that quest and lied about it.

Overriding all concerns, writes Lichtman, was Trump’s “automatic propensity to lie” making Trump “more vulnerable to impeachment and removal than any president since Richard Nixon.”

Lichtman also cited Trump’s business practices and his record of “enriching himself at the expense of others.” Truth time-stamped 2017.

So here we are, with Trump facing more criminal probes and civil suits than the Jackson 5 had hits.

Often since the New York Times confirmed assumptions that Trump wasn’t as wealthy as he claimed, I’m reminded of a conversation I had on a bus, which is what many real people ride to work.

A rider said he supported Trump and cited one reason alone.

“Because he will pay for his own campaign.”

I imagine the man is wholly unaware of what the Times reports and the New York attorney general asserts, that the real estate titan the man imagines is nothing but an ice sculpture.

Not only is he not of the means he advertised, but he’s also not interested in following the laws that the rest of us follow.

For Donald Trump, it was easy money. Then someone did the math.