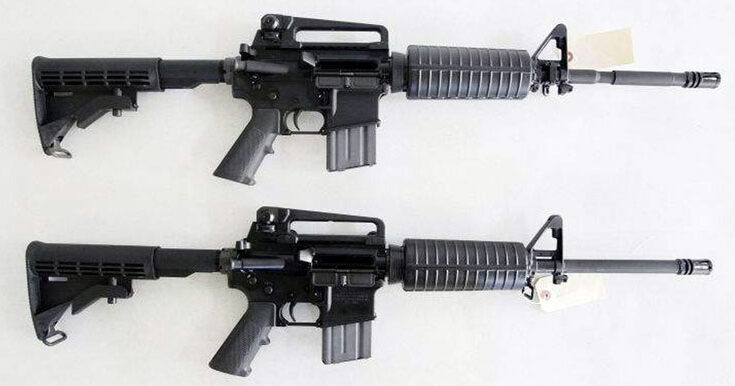 Joe Biden isn’t in office yet and already he’s making plans to come after your guns.

Except, this time Biden doesn’t only wish to reduce private gun ownership, but also “defeat” the National Rifle Association, America’s largest and foremost defender of the Second Amendment.

According to a Jan. 10, 2021 article in Newsmax News, Biden remarked in a tweet to Giffords, “@GabbyGiffords – Your perseverance and immeasurable courage continue to inspire me and millions of others.  I pledge to continue to work with you – and with survivors, families, and advocates across the country – to defeat the NRA and end our epidemic of gun violence.”

Now that Democrats control both houses of Congress and the Oval Office, their gun control ambitions are more threatening than ever and your gun rights are more at risk than ever.  President Trump’s recent second impeachment is evidence the Dems will ram through any scheme they wish, regardless if it violates more than 200 years of constitutional tradition.  If they’re successful in “packing” the Supreme Court, life in America will become drastically different.

Ten years ago, Giffords and several others, were shot by a crazed gunman in a Safeway parking lot in Tucson, Arizona.  Six people died and a dozen others wounded.  Due to injuries, she was compelled to resign from Congress.  It is expected her husband will continue to promote and support anti-gun legislation.

Gun control has been a favorite topic of the Democrat Party and leftists for years.  During the 2020 election campaign, Biden didn’t conceal his disdain for certain firearms, particularly those he considers “weapons of war” – AR-15 style hunting and sporting rifles.  The AR-15 is the United States’ most popular long gun.

Interestingly, AR-15 doesn’t mean “assault rifle,” or “automatic rifle,” or “army rifle,” although most people believe it does.  It was a designation assigned by the Armalite Corporation, the original manufacture of the weapon in the late 1950s.  The “15” indicated it was the 15th design change of the rifle.  Not barrel length or magazine capacity.

Presently, Armalite is owned by Strategic Armory Corps, based in Phoenix, Arizona.

While the AR-15, and variants of it, is the rifle of choice for 16 million people, the Glock 19 is the favored handgun.  Approximately 5 million Americans became first-time gun owners in 2020.

According to a 2018 report by Small Arms Survey, it is estimated 393 million private firearms are owned by American citizens.

Obviously, for Democrats to rein-in even a small portion of this number, a very restrictive government gun control policy would have to be implemented.  No small task, considering most gun owners would probably not be cooperative, and a military or police enforcement campaign would be very hazardous duty.  After all, what cop would like to tell his neighbor or family member he’s there to confiscate their deer rifle, or target pistol, or home self-defense weapon, or any gun not complying with government-designated regulations?

Responding to Biden’s intended new gun policies, The NRA commented on its website, “Well, here we go again.  Once more, the fight is on to protect the Second Amendment.  This issue will go to print before the litigation is finished, so this could certainly change, but as it stands, it seems Joe Biden and Kamala Harris will be the next president and vice president of the United States.  Once inaugurated, they will begin a concerted attack on the rights of American gun owners.  We must be ready for the onslaught.”

There is also the struggle gun manufacturers, retailers, and owners are having by increasingly being confronted by uncooperative corporate interests in the business world.  Certain financial institutions, media organizations, and state governments are becoming less concerned with assisting gun dealers and purchasers by limiting financial assistance, promoting anti-gun editorial policies, reducing inventories, or discontinuing certain types of firearms and accessories.

As a counter move to avoid repressive regulations, a few gun manufacturers have relocated to more business-friendly states.

We’ve seen the recent wave of censorship by large social media organizations, limiting or completely removing an individual’s ability to comment or communicate.  Even the President of the United States was blocked from Twitter, as have many others.

Similar tactics can be expected to be used against the gun industry and citizens in an effort to restrict pro-gun opinions and discussions.  Limiting free speech over the internet, as well as fostering gun control proposals would not bode well for the continuance of our remaining constitutional guarantees.

Once the people are denied access to speak for or against certain topics, and can no longer defend their ability to do so, the rest of the Bill of Rights eventually becomes meaningless.  There’s a valid reason free speech is our very first constitutional amendment and the right to own firearms is the second.

For obvious reasons, the anti-gun crowd doesn’t like to dwell too long on this subject, instead choosing to redirect attention to gun violence statistics and the assumed advantages of restricting the availability of private firearms.

As a result, expect the Biden/Harris administration to unintentionally become the best salespersons the gun industry will have since the Obama years.  The greater their gun paranoia, the more background checks and gun sales there will be.