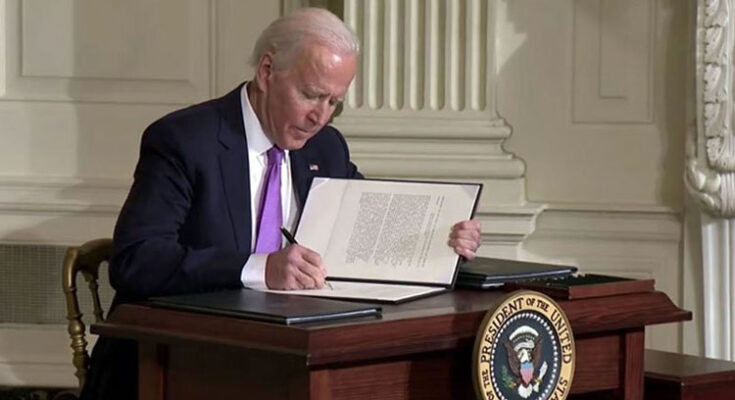 In what promises to become a major point of discussion, a Catholic Archbishop recently announced President Joe Biden’s views on abortion are placing his soul in a perilous situation.

Maybe Joe can consult with Nancy Pelosi, since she seems to be all omniscient about everything.

According to Alpha News, Jan. 31, 2021, Archbishop Joseph Naumann of Kansas City, Kansas, Chairman of the U.S. Conference of Catholic Bishops’ Committee on Pro-Life Activities, recently suggested to Bidden “I would say ‘Wake up.  Think about what you’re really doing here.’  I mean, his soul is in jeopardy, I believe.”

The Bishop didn’t hold back – “You know – when they use euphemisms – when you’re violating fundamental human rights you use euphemisms, and so you say ‘this is health care for the poor.’  What other health care procedure does two people go in, one comes out dead and the other one is scarred emotionally, spiritually, and sometimes even physically?”

“It is grievous that one of President Biden’s first official acts actively promotes the destruction of human lives in developing nations,” he said.  “This Executive Order is antithetical to reason, violates human dignity, and is incompatible with Catholic teaching.”

Not finished vocalizing his disfavor with the new president, the archbishop continued, “It’s really tragic that anyone would do this, but particularly one who professes to be Catholic.  I think it’s very contrary to what he campaigned on as being a unifying president.  I mean he’s obviously in debt to pro-abortion forces within his own party and he’s just conforming to them.”

Finally, Naumann succinctly summed up the contradiction Biden seems to exhibit between his religion and individual actions, “I wish he was as orthodox in his Catholic faith as he is in doing what Planned Parenthood instructs him to do.”

Only a few weeks into his presidency, Biden seems to be on a crusade to enact as many Executive Orders as possible.  He’s nearly bypassed the legislative process and signs whatever is placed before him.  I sincerely doubt he comprehends the text of the documents or bothers to read them.

While his title is President of the United States and commands an office of worldwide respect, his actions, so far, appear to be more servile to his advisors and special interests.

Which really isn’t unexpected.  His nearly 50-years in politics has produced very few meaningful accomplishments.  Other than being President Obama’s handpicked vice president, and winning a presidential election rife with questionable voting issues, Biden’s career has been mediocre.

This isn’t to suggest the media will refrain from heralding him as the greatest three-week president ever – even before his signature is dry on the pile of E.Os.  Like an emperor, Joe is churning out presidential decrees as if he’s the only one in Washington with the authority to enact the law.

So far, the Democratically controlled Congress is fine with that.  Gives them more time to draft additional Articles of Impeachment for another mock trial against former President Trump.  This nonsense could go on forever.

The views of this editorial are strictly those of the author and don’t necessarily reflect the views of the Gila Herald.