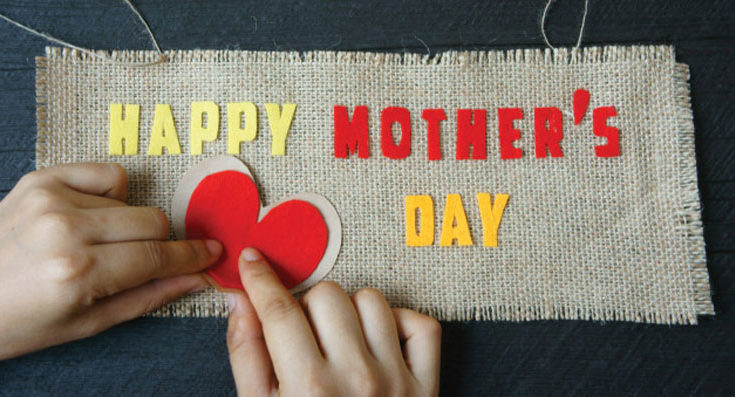 Mother’s Day (Sunday, May 12) is a celebration honoring mothers. It is an annual occasion to revere moms.

After her mother died in 1905, Miss Anna Jarvis wished to memorialize her mom’s life and campaigned for a national day to honor all mothers. Her mother was an Appalachian homemaker and lifelong activist who had organized “Mother’s Work Days” to save the lives of people dying from polluted water. During the Civil War, Mother Jarvis organized women’s brigades that encouraged women to help without regard for which side their men had chosen.

“Although the custom of setting aside a day to honor mothers has ancient roots, our observance of Mother’s Day originated in 1907 with the efforts of a devoted daughter, Anna M. Jarvis of Philadelphia, who conceived the idea of an annual nationwide celebration. The public and the press quickly embraced the idea, and villages, towns, cities, and states soon began unofficial Mother’s Day observances.” www.almanac.com/content/when-is-mothers-day.

On May 8, 1914, President Woodrow Wilson signed a proclamation designating the second Sunday in May as Mother’s Day.

Enacted June 23, 1936, the 74th United States Congress designated “Gold Star Mother’s Day” as a national commemoration for the American people to honor the continued service of the Gold Star Mothers. Who are Gold Star Mothers? They are women who have been changed forever through the ultimate sacrifice of their sons and daughters who gave their lives in the service to the nation. www.goldstarmoms.com.

Mother’s Day in places of faith

Steven Curtis Chapman sings “One Heartbeat At A Time” to encourage mothers with young children:

“May is a month traditionally dedicated to honoring the Blessed Virgin Mary. In our churches and homes, we celebrate May as a “Marian month,” with May processions, May crownings, and other popular devotions in honor of the Mother of God…As we honor the Mother of God, our spiritual mother, we also honor our earthly mothers…We thank God for the gift of our mothers who conceived and gave birth to us, who cared for us, protected us, taught us and loved us. Many passed on the precious gift of faith to us. We remember all our mothers, living and deceased.” www.todayscatholic.org/.

“A little known fact is that we Jews already had our own Mother’s Day on our Jewish liturgical calendar. The 11th of the Hebrew month of Cheshvan(October/November) has long been associated with the death of our matriarch Rachel, and, as such, was regarded as a sort of Jewish Mother’s Day,” according to a 2006 article in The Dayton Jewish Observer. www.daytonjewishobserver.org/.

In 2017, around 500 Jewish mothers from around the world celebrated Jewish motherhood in Israel as part of the life-changing “MOMentum” trip to Israel due to the Jewish Women’s Renaissance Project and Israel’s Ministry of Diaspora Affairs. www.israelnationalnews.com/.

In the cemeteries too, mothers are remembered. “Some with the standard marker, some with symbols of affection, some with poems and epitaphs.  A mother who has acted as a teacher, comforter, caregiver, disciplinarian, and friend, who has loved her children and raised them up to let them go is one to be treasured and remembered.” www.agraveinterest.blogspot.com/.

“Mother’s Day is a bittersweet day for many people. Whether a mother, grandmother, step-mother, or mother-figure has passed on, the beauty of a day dedicated to celebrating the mother figure can be tarnished by a loss… Mother’s Day has been about paying tribute to mothers both on earth and those who have passed since its inception.” wwwheavensmaid.com/.

Mother’s Day is an emotional holiday for those grieving the recent deaths of mothers or the other women that have been like moms to them. This year I will visit the graves of the three most important mother figures in my life: Shirley Cunningham Martin, Hila Watts Ashley, and Lydia Wiehle Cunningham. Instead of flowers, I will give them my tears—tears of sadness, but also tears of gladness—because we will be reunited in Heaven. “Blessed are those who mourn, for they will be comforted,” Jesus declared in Matthew 5:4.

How do you celebrate your mother?