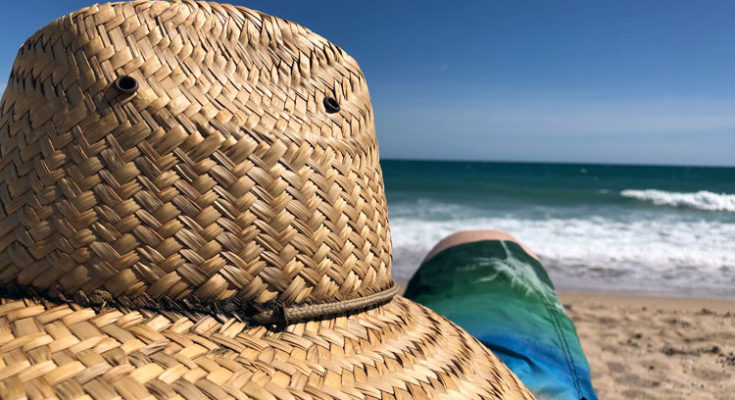 Ever wonder why Blue State liberals vacation in the conservative red states?  Maybe it’s because they can’t stand their own state’s rules and regulations.

COVID-19 lunacy seems to have been the tipping point in many Democratic Party-run blue states and communities.  Vaccine requirements, business restrictions, school and church closures, riots, mask mandates, and a plethora of additional hindrances have contributed to a surge in Republican administered Red States burgeoning popularity.

California, New York, and Illinois are witnessing shrinking populations, while Florida, Texas, and Arizona are seeing an increase.

I’ll admit winters in Michigan, New York, and other northern climes can be unpleasant, creating a yearly “Snow Bird” phenomenon in many southern locations.  I can’t fault anyone wishing to escape – at least temporarily – several months of subfreezing, finger-numbing, car sledding pandemonium.

Except, if you happen to be a Green Bay Packers fan.  The colder, more miserable Wisconsin football weather conditions at open-air Lambeau Field, the better the Cheeseheads like it.  They don’t seem to mind attempting a 37-yard field goal in the midst of a blinding blizzard or crushing a nearly frozen opposing team’s running back.

That’s just good old smash-mouth football at minus 21 degrees.  Incidentally, the coldest temperature recorded during a football game at Lambeau was a minus 13 degrees with a minus 46-degree wind chill.

The much-heralded “Ice Bowl,” the National Football League Championship Game, Dec. 31, 1967, remains a sacred image of professional sports.  Hard-core football enthusiasts revere it as a sort of spiritual experience for anyone who was there or watched on national television.  Players and stadium fans who survived the frigid Arctic blast had to have had divine protection.

On April 1, 2022, to meet perceived virus threats, maybe the NFL could inaugurate the Blue vs. Red State Woke Bowl with both teams participating by remote video because of COVID social distancing concerns?  The 49ers and Dolphins wouldn’t have to leave home.  Everyone would be safe – teams, owners, players, fans, vendors, ticket sellers, taxi drivers, sports commentators, stadium maintenance crews.

More importantly, alleged racism and “micro-aggressions” would instantly be bleeped.  Commercial sponsors could save money by not hiring dopy half-time entertainers.

Don’t laugh – it could eventually occur under the wacky guidance of our current Washington administration.

However, it’s not football that motivates blue state liberals to spend time in warmer, more conservative Red State environments.  Unlike most Democratically managed states and communities, cities in the red states are not as vaccine, mask, and socially restrictive as, say, New York City, Sacramento, and Detroit.

Obviously, in stark contrast to their own state’s compulsory virus decrees, which seem to demand increasing amounts of arm jabs to order a Big Mac or watch an indoor movie.  It’s nuts, considering it’s freely admitted the vaccines have a short life span and do not prevent catching or spreading the virus.

Yet, President Joe continues to insist vaccines and boosters are the only viable treatment, in spite of mounting evidence that is not necessarily true.  In a recent press conference, he mentioned he’d like to see “the whole world vaccinated.”

Contrary to Joe’s global vaccine ambitions, many countries are beginning to step- back from vaccines as their primary virus medicine.  Complications from the injections are becoming more noticeable, prompting health officials to question the wisdom of over-vaccinating.

Florida Governor Ron DeSantis (R), has noticed the trend of lockdown Dems jetting into his state for a little R&R while their states suffer from the incoherency of COVID restrictions.

“If I had a dollar for every politician who decided to escape to Florida over the last two years, I’d be a pretty doggone wealthy man, let me tell you.  I mean, Congresspeople, mayors, governors – you name it,” he reported during a media interview.

Florida isn’t alone in providing a refuge from “mandate madness.”  Most of the red states, in both warmer and colder settings, offer substantially less restrictive COVID rules.  People are freer to participate in school activities, business concerns, and social mingling without the hassle of worrying about being in violation of some politically motivated commandment, promoted by cognitively impaired officials and pharmaceutical hucksters.

It’s almost as if the pandemic has become a tale of two COVID’s – one intentionally mismanaged by a cabal of authoritarian ideologists and the other striving to maintain our remaining freedoms.

Both claim to be acting in our best interests.  As usual, one of them is lying and not doing a very good job concealing it.

The opinions expressed in this editorial are those of the author. According to data from Johns Hopkins University, pro-Trump “red states” had a 52% higher average of COVID-19 deaths per capita than blue states, which is a direct parallel between low vaccination rates in red states and higher vaccination rates in blue states. The highest five states with per capita death rates are Oklahoma, Alabama, Florida, Kentucky, and West Virginia – all states that went for Trump in 2020. The data also showed 40% of Republicans remain unvaccinated compared to just 10% of Democrats. The data didn’t list vaccination rates for those who are Independent or have a different political party affiliation.