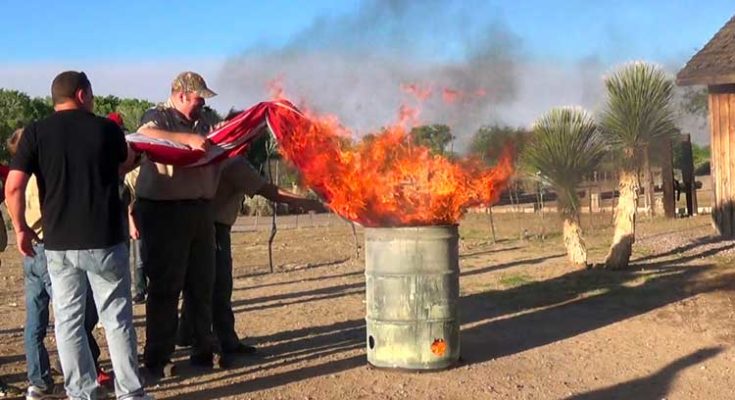 THATCHER –  On April 25 a group of men gathered to set the United States of America flag on fire. No, it wasn’t a protest group, but rather 30 Boy Scouts and the Gila Valley Honor Guard who were on hand to properly retire old weathered flags.

According to U.S. Code, when flags are no longer fitting to be displayed they should be “destroyed in a dignified way, preferably by burning.”

Boy Scout Andrew Simmons, of Troop 5735 in Thatcher, organized a drive to collect tattered and weathered American flags for his Eagle Scout project. His project ended up gathering 228 flags, some so large it took several scouts to carry. The scouts retired 128 flags and donated the remaining 100 flags to the American Legion to use for its annual Flag Day retirement ceremony.

After a flag inspection and ceremony by the Gila Valley Color Guard, the flags were then burned in accordance with U.S. Code.