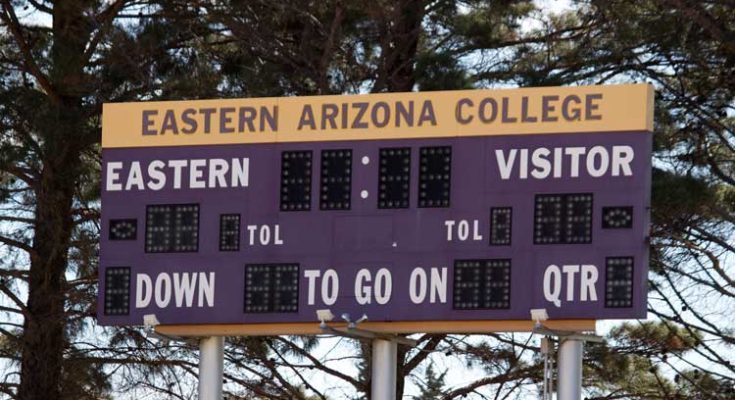 Jon Johnson File Photo/Gila Herald: The scoreboard at John T. Mickelson Field has been powered down for the college. The college will announce on Tuesday that it will offer a new fall sport other than American football.

Will “fill the void left by EAC football”

According to a media advisory from EAC, the program to be announced will fill the void left when the school ceased its football program in 2018. However, EAC Director of Marketing and Media Relations Kris McBride advised the new program is not a return to football.

On Friday, the media advisory reported the new athletic program will compete in the Arizona Community College Athletic Conference and will “greatly enhance student life on EAC’s Thatcher Campus.”

While McBride acquiesced that the new program was indeed a Fall sport, he declined to corroborate what the announcement will be as he is sworn to secrecy until the event. What the actual athletic program will be is scheduled to be unveiled by EAC President Todd Haynie at the Tuesday event.