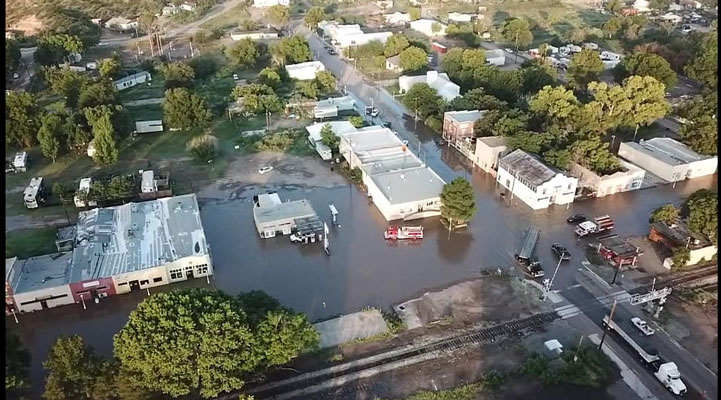 Photo By Stan Ellis/Dynamicpointdrone: The Gila River has crested in Duncan and has spilled out into the town., prompting flooding evacuations.

DUNCAN – The Duncan Valley Rural Fire Department issued an update Monday morning advising a mass evacuation of flood-prone areas in Duncan was underway. School has been canceled for the day for the Duncan School District, according to a post from Duncan Elementary.

Water began to spill over the banks of the Gila River into portions of Duncan as early as 4:30 a.m., according to the fire department.

The Greenlee County Fairgrounds is open and available as an evacuation center. Those who need to move livestock can use the corrals at the fairgrounds. The Duncan High School is also open to evacuees.

The National Weather Service has issued a flood warning for the Pima area as well.