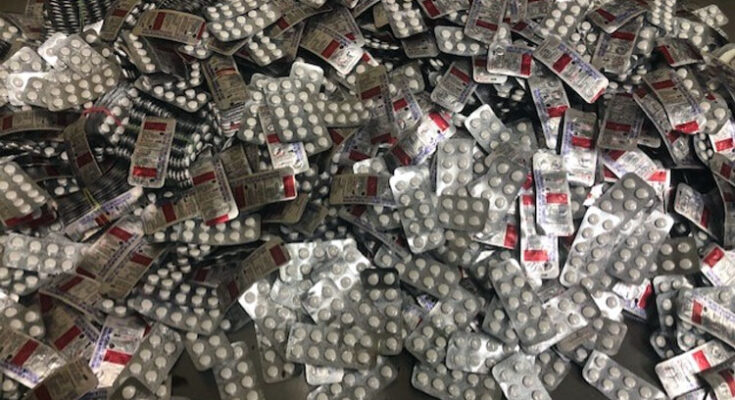 MEMPHIS TENNESSEE – On Thursday, June 17, U.S. Customs and Border Protection Officers in Memphis, Tennessee examined a package described in the paperwork by the shipper as “AS PER INVOICE – PERSONAL USE.” The shipment was sent from London, United Kingdom, to a residence in the Seventh Ward of The Big Easy, New Orleans.

Inside the shipment were two bags, one containing assorted clothes, such as underwear and t-shirts, and the other bag contained an assortment of very British snacks: McVittie’s Digestive Milk Chocolate Biscuits, Strawberry Mallow Teacakes, cream crackers, and other biscuits Americans never eat. However, inside these food packages were not bland, starchy snacks but over eight pounds of a narcotic analgesic called Clovidol 100sr in pill form. It is a habit-forming pain medicine that acts on the central nervous system to relieve pain. It is used to treat moderate to severe pain in adults, usually after surgery or severe injury. However, over eight pounds of pills seems excessive for “personal use” as the manifest stated.