SAFFORD – COVID-19 cases are on the rise throughout the country and Graham and Greenlee counties are no different.

Cases continue to rise by daily double digits in Graham County, and Greenlee County just reported its first significant jump for that county in about three months.

However, Graham County is still in the moderate transmission status for business reopening despite its cases per 100,000 individuals being raised past the 100 person threshold to 114 during the week of Sept. 20 and 146 during the week of Sept 27. The Arizona Department of Health Services’ metrics are two weeks behind actual numbers, and when the new metrics come out next week Graham County is in danger of failing that two metrics, putting it back into the “substantial transmission” category for having two consecutive weeks of more than 100 cases per 100,000 individuals and two weeks of percent positivity over 10 percent. The percent positivity for the week of Sept. 27 was listed at 12.5 percent. 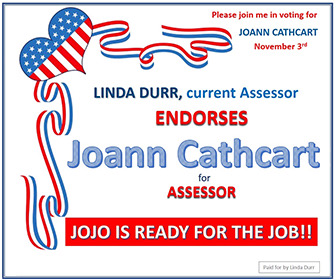 On Saturday, the Graham County Department of Health and Human Services reported 15 new positive results for COVID-19, with seven from the San Carlos Apache Tribe, five from Thatcher, and three from Safford. An additional six tests (four from Safford and one each from Thatcher and the SCAT) were also reported Sunday, according to the ADHS.

The new results lifted Graham County’s total to 1,028 for the course of the pandemic.

Lowering the number of cases is required for shuttered businesses to reopen from Governor Doug Ducey’s executive order mandate. As of the Arizona Department of Health Services (ADHS) most recent metrics, Graham County has a current total positivity rate of 9.9 percent.

The latest release from the Arizona Department of Health Services (ADHS) shows Graham County does not meet two out of three benchmarks for school reopening – which is only a recommendation. The GCDHHS recently recommended schools returning to a distance learning mode, however, the Safford Unified School District Governing Board voted 4-1 to continue to have in-person instruction and the topic wasn’t even considered at any other local school district to date.

The business reopening metrics, which are required, are currently in the yellow or “moderate” level, which allows for the reopening of most previously shuttered businesses. However, those metrics could possibly change for the worse in the coming weeks.

As of Sunday, the Graham County Department of Health and Human Services reports 1,028 total confirmed cases, with 751 recovered and 251 actives. According to GCDHHS criteria, a positive test is not considered a recovered patient until they have 30 days symptom-free. Graham County has about 39,000 residents.

A total of 26 people, mostly all over the age of 65 and who had pre-existing health conditions, have died with COVID-19 in Graham County.

As of Saturday, the health department has administered tests to 1,419 people, with 1,322 being negative, 72 positives, and 25 results pending. The county has 13 active cases, 57 recovered cases, and two deaths. Greenlee County has about 10,000 residents.

The breakdown of the Greenlee cases includes four under the age of 20, 40 between 20-44, 14 between 45-54, 10 between 55-64, and four who are 65 years old or older. Greenlee County currently has a total positivity rate of 4.4 percent, according to the ADHS, and is in the green, minimal transmission status for both school and business reopenings.

On Saturday, the San Carlos Apache Tribe Department of Health & Human Services reported 25 new cases. To date, the Tribe has administered tests to 9,657 people with 7,997 negatives, 1,428 positives, and 232 results pending.

For the state, the Arizona Department of Health Services reported 742 new cases Thursday to bring the total to 231,149 for the state. It reported just three new deaths to bring the total fatalities due, at least in part, to COVID-19 to and amended 5,827 in Arizona. The state has about 7.3 million residents and nearly two million tests have been taken. 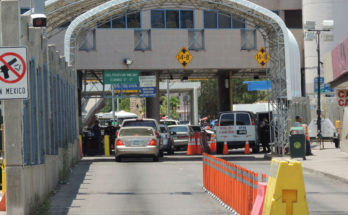