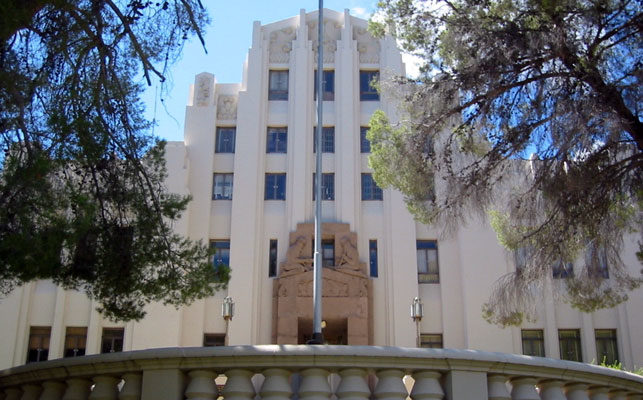 SIERRA VISTA – Cochise County Sheriff’s Office C Douglas Robert Packer, 63, of Sierra Vista, was out on bond on sexual assault charges when he was arrested at his home Friday on a felony warrant regarding even more charges.

Packer won Chaplain of the Year from the Arizona Detention Association in 2015, but now instead of consoling inmates he has become one.

Those charges are regarding incidents in which Packer is accused of engaging in sex acts with a female inmate at the Bisbee Jail on Jan. 2 and Jan. 4. All of the charges are felonies except for the indecent exposure.

A search warrant served on his home Jan. 5 by the Cochise County Sheriff’s Office located items referred to by the abused inmate. Packer was then arrested but was later released on a $25,000 bond.

“The warrant issued was based upon (Cochise) County Attorney Brian McIntyre working closely with the sheriff’s office detectives and Sierra Vista Police Department to bring new charges before the grand jury yesterday,” the Cochise County Sheriff’s Office said in a Facebook post.

“My disappointment is indescribable and this office will always do what is legally and morally right to protect those we serve,” Dannels said in a Facebook post. “I am dedicated to (ing) our criminal justice system and will always work to protect crime victims. No one is above the law and our employees are always held to a higher moral standard because that is the oath each took and they have pledged to serve and protect, not sometimes, but always. Chaplain Packer was in a position of community trust and based solely on his actions and poor decisions, he violated his sacred oath of office and took advantage of those who truly depend on them in their time of need.”