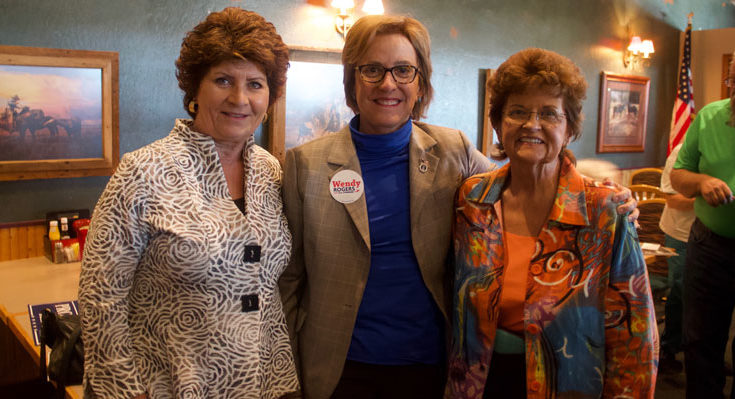 Jon Johnson File Photo/Gila Herald: This photo was taken in 2018 when State Rep. Becky Nutt was running for re-election. Nutt, left, was joined by current State Sen. Wendy Rogers, middle, and then State Sen. Gail Griffin, right, who was elected that year to the House. On Thursday, Nutt issued a resignation letter to House Speaker Russell “Rusty” Bowers.

Nutt resigned via a letter she wrote to House Speaker Russell “Rusty” Bowers, (R, LD-25), of Mesa. The letter read, in part, “It has been my great honor to serve with you, sir, and to be part of your leadership team these last three years.”

Nutt reportedly resigned for “personal” reasons, however, no specific reason was listed. Her last day is set for Nov. 1. According to the Arizona State Legislature, Nutt served as the Chairman of the Rules Committee and also served on committees for Appropriations, Commerce, and Land, Agriculture & Rural Affairs.

According to state law, when a state representative resigns with time left in office, the departing legislator’s district is instructed to submit three candidates to the region’s board of supervisors, which then select the replacement to serve out the rest of the two-year term. The replacement candidate must be from the same party as the departing legislator. Nutt was elected to her third term in November 2020, so she has just more than one year left on her current term.

Legislative District 14 encompasses all of Greenlee and Cochise Counties, most of Graham County, and a swath into the easternmost part of Pima County.