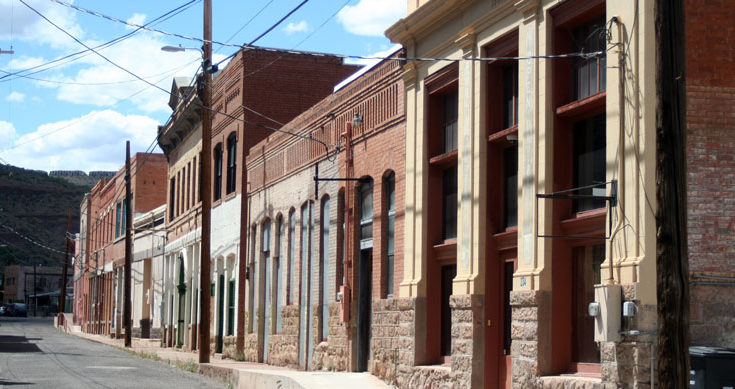 Walt Mares Photo/Gila Herald: Historic structures on the east side of Chase Creek have been the site of many events since the buildings were erected in the early 1900s. It was a key section of commerce in Clifton when it had all of the characteristics of a booming, wild mining town. It had several saloons, restaurants, whore houses and other businesses that catered to all. The buildings could hold yet-untold secrets that may be revealed in tonight’s A&E documentary ‘Town of Terror.’

Question is raised if ‘Clifton is Cursed’

The event was billed as “Not a Ghost Town.” It was the brainchild of a man named Dan who had a business on Clifton’s Chase Creek. It was held in the late 1980s or ’90s when this historic mining town was still reeling from the effects of a devastating flood and a strike by copper miners at the Phelps Dodge mine in nearby Morenci.

The idea behind Not a Ghost Town celebration was to hopefully lift locals’ spirits as the economic situation and social fabric of the community were in tatters. The event was held sometime around Halloween. The event was not all that grand but it did not hurt that three bars still existed at the time on Chase Creek.

Fast forward to about three decades. Now, there will be a program aired on the Arts & Entertainment network depicting Clifton as not as a ghost town but a “Terror Town” and poses the question, “is Clifton cursed?” It airs at 5 p.m. Arizona time tonight, Feb. 8, and runs for two hours.

There was word of a TV crew being in town a while back working on the documentary. There was not a big to-do about the film crew being in town. Any talk about it among locals was rather subdued. Over the years there had been other film crews in town and not much ever came of those efforts. The last one to create a great deal of community interest involved locals who served in the armed forces, particularly those who served in Vietnam. The documentary ran on the Public Broadcasting System (PBS).

The subject of ghosts or haunted places in Clifton has never been a hot topic in town. Not at all.  There has been some very occasional mention of the subjects but that has been rare at the most. Certainly, nothing to pique much interest among the public.

The A&E documentary includes the Clifton Boarding House on Chase Creek, the former Elks Lodge building on Coronado Boulevard, and the Clifton Hotel on Eastside. What other places may be involved in the film is not mentioned in a website advertising it.

As of this week, there has been growing excitement about the documentary. Many people in Clifton have said they intend to watch it. Some locals said they have been calling friends or family members from out of state to advise them of the show’s airing.

For those not very familiar, or not at all familiar, with Clifton, it is a mining town founded in 1873 on the banks of the San Francisco River in southeastern Arizona. It is said that in its heyday Clifton was rougher and tougher than legendary Tombstone.

Chase Creek was for decades the center of commerce and entertainment with many businesses that included restaurants, bars (from which sprang violence including gunfights) and whore houses which did a very good business in the upstairs of some of the buildings.

During the rainy season, the dirt street was muddy. There was no sanitation system and there were outhouses at the back of most businesses situated on the Creek itself. The area was reported, “to stink like high hell” until rains came and washed human waste into the San Francisco into which Chase Creek flows.

It is not uncommon for old buildings, especially abandoned ones, to stir curiosity about what has taken place in them over the years. Tonight’s documentary explores of what has happened and what may still be happening in some of those century-old structures.

The show will be the season premiere for “Ghost Hunters” and will air on A&E, starting at 5 p.m. A&E can be found at channel 118 on the Dish Network, 265 on DirecTV, and 199 for standard and 1199 for HD on Sparklight (formerly Cableone). 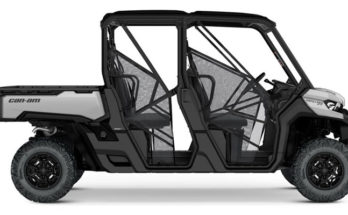