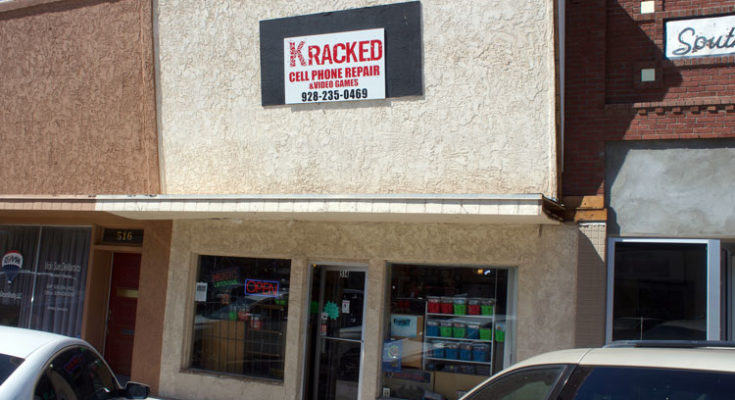 SAFFORD – A co-owner of Kracked Cell Phone Repair & Video Games received an unexpected wakeup call early Sunday morning when she was informed her car had been set on fire.

According to a Safford Police report, a male subject reported seeing the car on fire at about 1:25 a.m. as he walking home. The subject said he ran toward the flames and attempted to put the fire out by filling a bucket by utilizing a nearby water valve but after he threw water toward the vehicle a window blew out and he waited for the Safford Fire Department to arrive.

Firefighters extinguished the fire but deemed the car a total loss. According to the report, Safford Fire Chief Clark Bingham said the fire was suspicious but it was undetermined whether it was caused by arson. No evidence was located at the scene due to the area being flooded and disturbed by first responders.

The owner said she was shocked that her car caught fire and said it had been parked, broken down behind the business for the last year-and-a-half and did not have any insurance or registration.

Nutcracker Towing out of Pima arrived at the scene and towed the burned car from the scene.