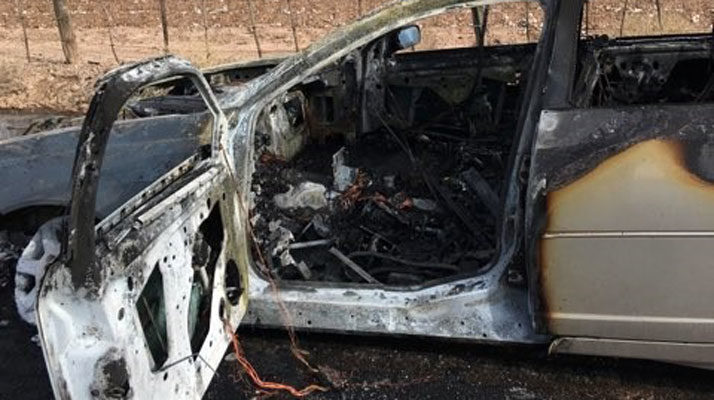 Contributed Photo/Courtesy GCSO: A man’s 2003 Cadillac burned in Solomon on Tuesday. The Safford Fire Department deemed the fire caused by a mechanical issue.

SOLOMON – A man’s 2003 Cadillac burned to the ground in Solomon on Tuesday but the single occupant left the vehicle unscathed.

According to a Graham County Sheriff’s Office report, the driver, who is also the registered owner of the vehicle, said he was on his way to visit his grandparents in the San Jose area when he noticed his car was smelling “hot”. He said the vehicle had smelled “hot” for the past three days, and when the smell returned Tuesday afternoon he pulled off Bowie Avenue just north of Solomon Road and popped the hood.

Immediately after doing so, heavy smoke came billowing out from the engine compartment.

The vehicle appeared to be a total loss and was towed from the scene.