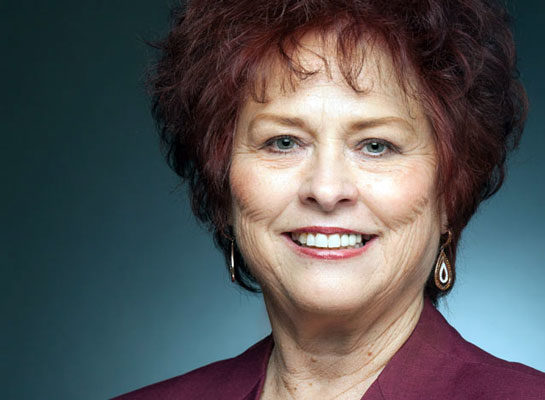 Photo By Van Buren Road/Creative Commons: Sylvia Allen’s remarks have drawn a rebuttal from both her Republican and Democrat opponents.

PHOENIX – Arizona State Senator Sylvia Allen (R, LD-6), has recently come under fire for comments she made at a Republican event July 16. During her speech, Allen warned that the “browning of America” was increasing and that “we’re going to look like South American countries very quickly.”

The Phoenix New Times obtained a recording of Allen’s speech and published an article on July 26. In it, Allen also commented that her speech was based on research by University of North Carolina Kenen-Flagler Business School Professor James H. Johnson Jr. She warned the audience that immigration was “flooding” people into Arizona and those new immigrants would not be able to “assimilate” at the rate they are arriving.

Below is an audio recording of part of Allen’s remarks.

Johnson, who has been involved in higher education for 40 years, told the Washington Post that he had never had anyone spin his research in such a manner as done by Allen. He said his “browning” research refers to the growing number of nonwhite people in the populace due to increased births and inter-racial marriages.

“What it means is the nice and neat little crucibles we’re accustomed to putting people in won’t fit in the future because of the growing diversity of our population,” Johnson told the Washington Post. “And I view all that as a strength, not as a weakness or a problem.”

On Friday, Allen apologized on Facebook “to anyone who has been hurt by my words” and said that her speech referenced South American countries because “some of these countries are socialist and that we must preserve our Constitutional Republic form of government and that we have not taught the next generation the difference.”

“As a candidate running against Sylvia Allen, I cannot let her nativist rhetoric go unchallenged,” French wrote in a press release.

“I firmly believe that diversity is one of our country’s enduring strengths. I am proud to have served over three decades with countless immigrants in the U.S. military and to have had a grandmother who immigrated from Mexico.

I have traveled from one end of the district to the other, knocking on hundreds of doors. I’ve talked to people from Cottonwood, Payson, Sedona, Flagstaff, Snowflake, and Pine. What I see are people of all backgrounds working side by side, to make this corner of Arizona a better place to raise their families.

The fear and divisiveness Senator Allen is spreading does not align with the values of LD6. We are a community of hardworking people, who support each other and believe everyone should be treated fairly. Our community needs leaders who embrace all of our residents.”

Rogers also expressed her opinion and said that Allen’s statements were “very racist.”

“The Republican Party does not tolerate racism,” Rogers wrote in a  press release. “We stand for law and order, strong borders, and love of country. I denounce Sylvia Allen’s very racist statement. Some of America’s greatest heroes do not look like Sylvia, yet served with honor in combat preserving our way of life. The Navajo Code Talkers, the Tuskegee Airmen, the nearly 60 Hispanic Medal of Honor recipients, and many, many more Americans. Sylvia needs to retire like she said she was going to do and let those who love all of America hold elected office instead.”