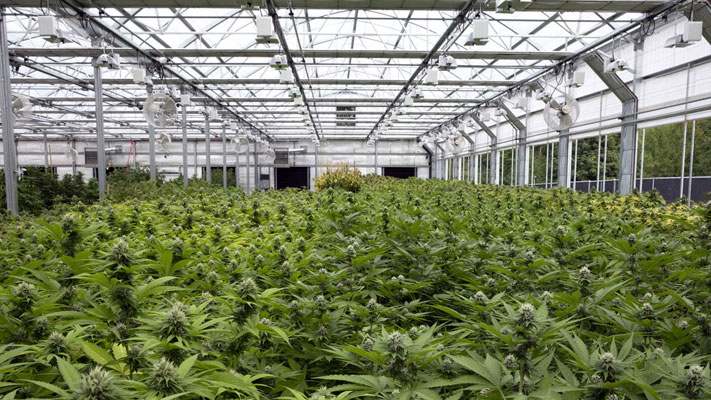 Contributed Photo: Cannabis will now be allowed to be grown in agricultural areas of Graham County and not just in industrial zoning.

SAFFORD – After hearing from proponents during a public meeting during a special session of the Graham County Board of Supervisors on Monday and discussion in executive session, the BOS voted 2-1 to approve a text amendment allowing the cultivation of cannabis in agricultural zones.

The text amendment had received an unfavorable recommendation from the Planning and Zoning Committee, and all three supervisors spoke out against the amendment as being too vague and giving too many allowances for cultivation.

Basically, the amendment allows cannabis cultivation in both the MX-industrial zone and A-agricultural/general land use zone A. Operations are limited to 300 acres per site and must be 1,000 feet from residential areas from the exterior wall of the grow field.  The amendment also creates operating hours for retail cannabis businesses to be from 8 a.m. – 8 p.m. The amendment also lists that portable structures like hoop houses do not qualify as enclosed structures like greenhouses.

The text amendment was submitted by Carolyn Oberholtzer on behalf of Pamela Brooks, who wants to have a grow operation in a greenhouse she had in the Geronimo area. That facility is about 12,000 to 15,000 square feet in approximation, according to Graham County Planning and Zoning Director Steve McGaughey. Another greenhouse of about 10,000 square feet in size is also seeking to begin cultivation in the Bonita area.

Graham County Executive Director Vance Bryce spoke in favor of the text amendment and said it would be in lockstep with the changing laws regarding cannabis, which was formerly prohibited, then allowed for medical use, and now recreational use.

With the passage of the text amendment, Bayacan LLC at the greenhouses at NatureSweet’s facility in Bonita will be permitted to move forward with their grow operation in those greenhouses without the need for any variance as well, according to Bayacan attorney Heather Dukes.

The BOS previously voted 2-1 to change the zoning at the site from agriculture to MX-industrial to grow cannabis. Graham County voters approved the move in the recent General Election with Proposition 401. Bayacan was still seeking a variance to begin cultivation, but with the passage of the text amendment, the company should be ready to proceed.

“I would argue that we don’t need a variance anymore,” Dukes told the board. “The surrounding areas are not being used for residential purposes. Everything around that greenhouse is farmland; it’s vineyards; it’s orchards; it’s a commercial thoroughbred farm . . . We want to comply with the zoning ordinance period. So, whatever changes are made, NatureSweet and Bayacan are ready to move forward and apply for any necessary applications that we need to.”

Upon returning from the executive session, Chairman Paul David said that in a perfect world he would like to be able to amend the text amendment and that he worried it would open the county to “boutique” cannabis operations small in stature rather than more commercial-farm operations. He also took issue with allowing outdoor cultivation and processing, which are both allowed in the text amendment.

“There are some very broad and unresolved and, to me, undesirable sections of this, so it makes it really hard to swallow and approve it,” David said.

Following his remarks, District 2 Supervisor John Howard also agreed with David on his opinions and also said it was too broad and vague.

“It’s very difficult to look at it and not be able to – like you said – amend the text amendment at this time,” Howard said. “It makes it very difficult to say moving forward on this opening up a big can of worms.”

District 3 Supervisor Danny Smith agreed with his fellow supervisors on the broadness of the text amendment. And since it is a “take it or leave it” proposition and P+Z’s unanimous vote against it, Smith said he wouldn’t be in favor of the amendment either.

Following his remarks, David then moved to approve the text amendment, and, after some pause, Howard seconded the motion, and they then both voted to pass, with Smith casting the lone dissent.

Now that the text amendment is approved, David said they would be looking at making their own changes to it.

“We will be busy in making some necessary changes,” David said.

With the current regulations, cannabis cultivation in Graham County has now been opened to a much wider area, as most of Graham County is in the agriculture-general land use designation. Operations still must be 1,000 feet from residential areas from the exterior wall of the grow field.