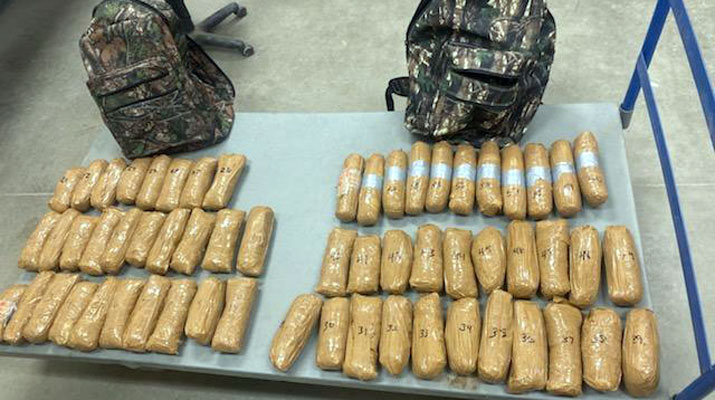 LUKEVILLE – U.S. Border Patrol agents intercepted $3 million worth of narcotics in a seizure near Lukeville, Arizona, on Saturday evening.

Agents determined the 40-year-old Mexican male encountered with the drugs was illegally present in the United States and now faces federal charges for drug smuggling. The suspect and narcotics were turned over to special agents with Homeland Security Investigations.