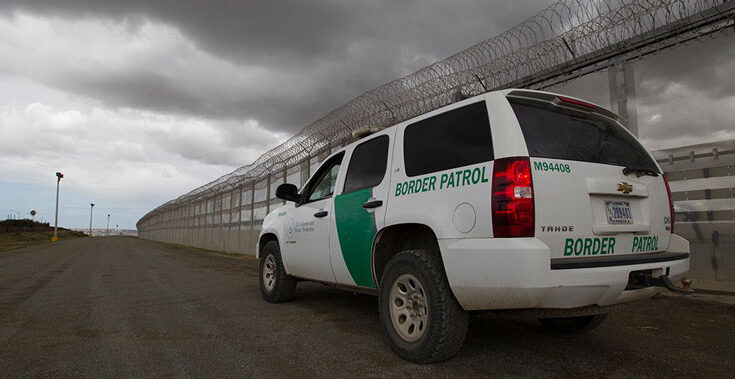 Photo by Donna Burton/U.S. Customs and Border Protection: A Border Patrol vehicle by the border wall between San Diego and Tijuana in this 2016 file photo. Agents encountered an armed migrant after being alerted by a camera operator.

The tactical unit agents encountered the group approximately 300 yards from the U.S./Mexico border at approximately 7:09 p.m. Three agents fired their weapons during the encounter striking and killing one of the subjects, later identified as a male citizen of Mexico, who was armed with a handgun which was found near the decedent. The agents apprehended four individuals from the group and one person fled into Mexico.

This incident is under investigation by the FBI, the San Luis Police Department, DHS OIG, and CBP OPR. This incident will be reviewed by CBP’s National Use of Force Review Board at the conclusion of the investigation. Information about CBP’s NUFRB and procedures for reviewing in-custody deaths can be found here.

This article pertains to an agent-involved shooting that occurred near San Luis, Arizona, on Sunday, Oct. 30, 2022. The information provided is based on a preliminary review by Customs and Border Protection’s Office of Professional Responsibility and may be updated with additional information.