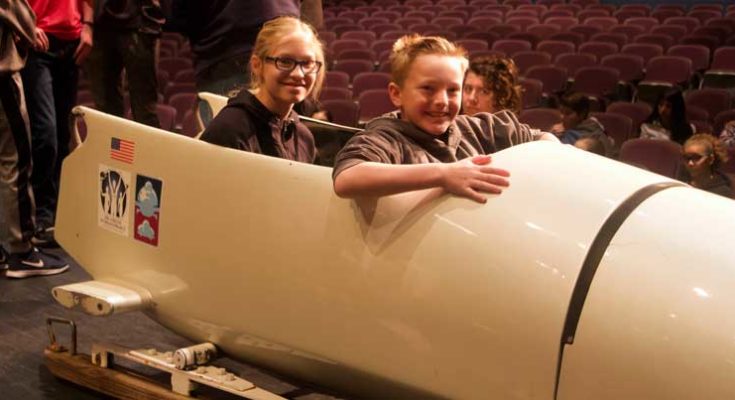 SAFFORD – Hurtling 80-90 mph down an ice track in something that resembles a metal coffin on skis takes a special kind of person. Such a person was on hand at the David M. Player Center for the Arts Tuesday through Thursday to give three presentations to area students about how to excel in life.

American bobsledder, author, and inspirational speaker Jeremy C. Holm brought his story to the stage to the delight of the students. On Tuesday, Holm spoke to 5th and 6th graders, Wednesday it was the 7th and 8th graders’ turn and on Thursday the 9th and 10th graders will fill the auditorium to its capacity of 999 seats, according to Safford Superintendent Ken VanWinkle.

On Tuesday, students from the Pima and Safford school districts were on hand while Thatcher was scheduled to join Wednesday and Thursday. Holm’s message stayed mostly the same for the three different groups, with the older students also receiving advice on the subject of suicide.

“I think he did an awesome job,” Pima Superintendent Sean Rickert said. “He talked about some things that are important for our kids to be reminded of on a regular basis.”

Holm told the students that to make it onto an Olympic bobsled team required a person to have the desire to do so, show up and work hard, study, being held accountable for one’s own actions, work with teammates, and courage. He said the exact same principles are required to excel in school and life in general.

“It was really motivating,” Ruth Powell sixth-grader Davin Steiner said. “It was all really awesome.”

Throughout his presentation, Holm gave good examples and bad examples of how to achieve one’s goals. He spoke about his personal highlights and lowlights of his career and showed the inspirational story about para-olympian snowboarder Nicole Roundy, who didn’t let being deaf and having her leg amputated as a child stop her dream of competing in the para Olympics. Roundy will ride the snowboard in this year’s para Olympics in South Korea. In addition to his other accomplishments, Holm also was the coach of the U.S. Adaptive Bobsled Team, which presented an interesting set of obstacles to overcome that he hadn’t faced in a bobsled before.

At one point, Holm had The Gila Herald select a volunteer, which he then had wear a gold medal Holm had won at the Empire State Games at Lake Placid as a junior in high school.

“That was the first race I ever did when we got up on the medal podium and they did the National Anthem,” Holm told The Gila Herald. “For me, it was that experience, being at the site of the 1932 and 1980 Olympics. We had come so far and we had worked so hard to overcome so many obstacles . . . That’s my favorite one to do.”

Since then, he has won lots of accolades and medals for his work on the bobsled track, but he said his most important work has come off of it.

Holm said while you may not be able to change your circumstances, you can always change your attitude.

“Live is about choices,” Holm said. “You want to be careful about who you listen to . . . Wrong is wrong even if everyone is doing it, but the right thing is the right thing even if you are the only one doing it.”

That kind of thinking led Holm to vanquish his own personal demons that he battled in his earlier years, including fighting depression and suicidal thoughts.

“In high school, I struggled with depression and anxiety,” Holm said. “(It got) to a point where in my 20s I almost committed suicide. So when I saw the power that bobsledding and the Olympics have to get the kids attention and that I could reach them and inspire them and give them hope, that made it all worth it for me. I try to accept every opportunity that comes for me to speak at schools because I know that there’s at least one kid there that’s struggling. And they may not be suicidal, but if I can save that life, it totally makes it worth it. And if I can help all those other kids achieve their goals and their own personal Olympics and inspire them, I totally want to do that.”

Holm started by doing speaking assignments given to him by his coach for the corporate world and speaking at schools came about through requests. Once he began, he realized students paid attention and he was hooked.

Holm is also an author and has written “The Champion’s Way”, which has 12 winning principles for a gold medal life which takes what helps sport champions excel and shows how people can use the same principles in everyday life, and “Fire on Ice”, which is a Christian message of faith and personal courage that inspires people to come closer to Jesus Christ. Both books are available for purchase at jeremycholm.com. 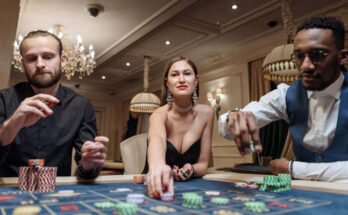