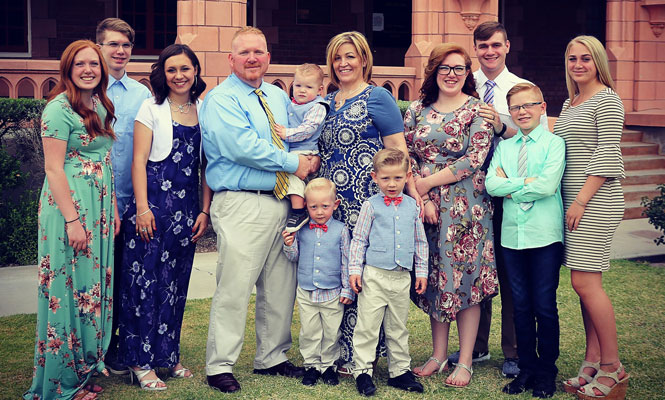 Photo Courtesy Facebook: Titus Blake, shown here with his family, has been declared the winner of the Duncan mayoral race.

GREENLEE COUNTY – The Greenlee County Elections Department is finished counting all of the county’s votes and Titus Alexander Blake has been named Duncan’s new mayor by seven votes.

According to the election department, Blake received 74 votes to 67 for Anne Thurman. There were three write-in votes.

The vote is unofficial until after it is canvassed by the Duncan Town Council. Afterward, Thurman can request a recount at that time.

For the Clifton Town Council, Laura Dorrell led the way with 276 votes, followed by Janeene Carrillo-Duncan with 218 votes, and Ray Lorenzo with 209 votes. Thomas Shalkowitz failed to make the council and finished with 139 votes.

Clifton Home Rule, Proposition 400, passed easily with 259 votes for to 93 against.