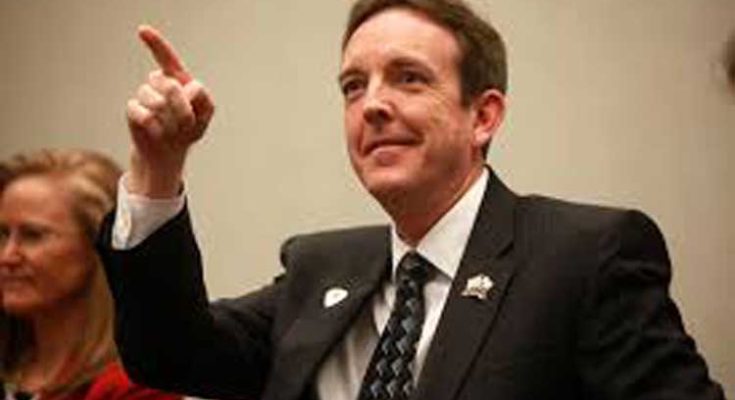 Ken Bennett is a Republican candidate for governor of Arizona.

PHOENIX - For too many years we in Arizona have heard politicians promise to secure our southern border and then nothing happens.  I have learned the reason nothing happens is money and fear of "political heat".  Arizona has a $10 billion budget in a country with a $4 trillion budget, and a military that secures borders across the country - I am calling 'foul'.

I am running to be Governor to make Arizona conservative again. I will accept all political consequences but I will not accept any excuses.  If we can do it there, we will do it in Arizona.

The most important responsibility of government is to protect the freedoms of its citizens. My highest priority will be to honor and uphold the laws and Constitutions of the United States and Arizona.  That includes securing our southern border, enforcing the laws against hiring illegals and sanctuary cities, and prohibiting illegal entry or overstays.

As Governor, I will work with President Trump and make certain all Arizona governments work with Immigration and Customs Enforcement (ICE) and the Department of Homeland Security (DHS) to secure our border and enforce our immigration laws.

To do this, I will prioritize funding for the National Guard to stop illegal activity occurring in Arizona.  It is simply an excuse to say that we do not have the money.  The problem is how your money is being spent and politicians fear the political heat that will occur when action is taken.  From Arizona’s budget of over $10 billion and the U.S. budget of over $4 trillion, hundreds of millions of dollars go to combat just one result of illegal activity, the opioid epidemic.  Additional billions of dollars go to other consequences of illegal activity including medical expenses, public education, law enforcement, incarcerations, property loss or damage and in some cases free college tuition. By re-prioritizing money to solve these problems, we will decrease the amount of funding necessary to clean up the mess.

I will issue guidelines to create agreements and identify sources of funding between the branches of Government and the private sector, currently used by other programs. Successful models will include the Joint Task Force firefighting units where multiple governments agree to use resources, equipment and personnel to fight fires.  This cooperative effort will include supporting President Trump in building the wall.

We have the best military, police, engineers, and technicians in the world and we secure borders in other countries. I will accept all political consequences but I will not accept any excuses.  If we can do it there, we will do it in Arizona.