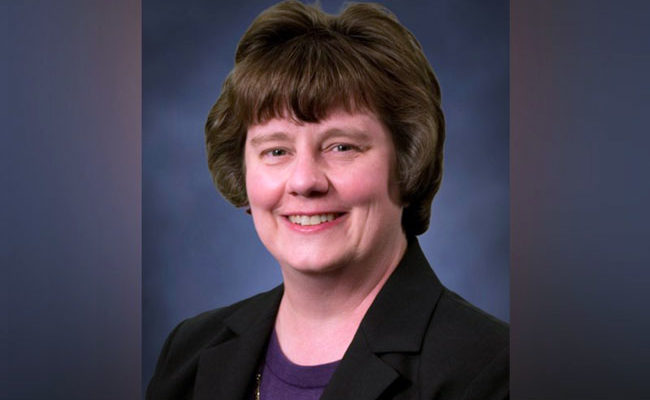 Mitchell is on leave from her positions as division chief for the Special Victims Division and deputy county attorney for the Maricopa County Attorney’s Office. She specializes in cases involving sex-related felonies.

Committee chairman Chuck Grassley, R-Iowa, said the goal in hiring Mitchell was to “depoliticize the process” and to “get the truth.” Mitchell will separately question Dr. Christine Blasey Ford and Kavanaugh under oath on Thursday.

Maricopa County Attorney Bill Montgomery did not immediately respond to a request for comment, but earlier he told “The Washington Post”: “Over the course of Rachel’s career, she has dealt with victims in this very circumstance of delayed disclosure and circumstances where allegations were difficult to corroborate. She has had to make a decision as a prosecutor whether or not those cases can move forward.”

Mitchell has been a prosecutor since 1993, but this is her first time in the national spotlight.

Romley, who was Maricopa County Attorney from 1988 to 2004, said Mitchell didn’t ask his advice, but if she had, he would have recommended she decline the Senate assignment.

“I always said, ‘Look, you guys stay focused upon doing the best you can in court and handling the case, I’ll handle the political side of it,’” he said of attorneys in his office.

There will be numerous challenges for Mitchell, Romley said, including the short time frame for preparation and the lack of other witnesses. She won’t be able to do things attorneys usually do, such as interview witnesses, and go over the material in super detail.

“That’s going to cause her some internal struggles,” he said.

Blasey Ford claims a drunken Kavanaugh forced her into a room, held his hand over her mouth and attempted to disrobe her during a party in 1982 in suburban Washington, D.C. when he was 17 and she was 15. Although she says a friend of Kavanaugh watched the assault, the Judiciary Committee declined to order him to appear on Thursday.

“She’s really a quality person, and I hope she steps up to the task, but I’m just not sure it can be done literally – not just by her, but by anyone,” Romley said of Mitchell.