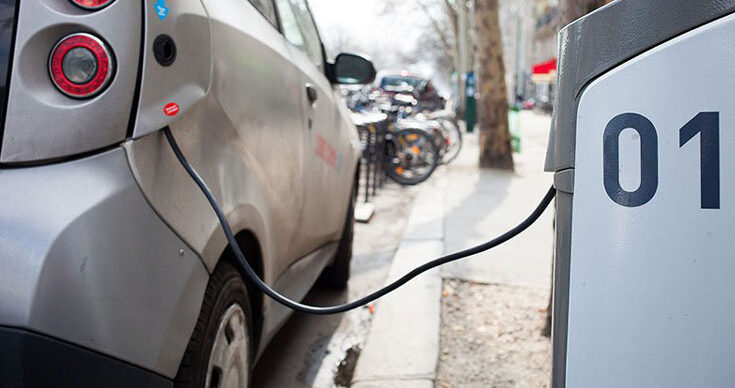 Photo By Håkan Dahlström/Creative Commons: The availability of charging stations is just one of the challenges to the widespread adoption of electric vehicles. The car’s supporters in Arizona say much progress has been made in recent years, but that much more work needs to be done.

WASHINGTON D.C. – Arizona got middling scores in two new national reports on states’ efforts to boost the number of electric vehicles on the road, which advocates say is proof that the state has a long way to go.

Arizona finished 24th and 25th, respectively, in the reports by the group Plug In America and by the American Council for an Energy-Efficient Economy. The reports measured state policies covering a range of factors that make it easier for drivers to buy and use an electric vehicle.

California ranked first in both reports, which cited the state’s policies to help people buy electric vehicles and support them during ownership, that enable infrastructure like charging stations and support educational outreach.

California received 91 out of 100 points in the ACEEE report, to Arizona’s 21.5 points. But only six states got more than 50 points.

“I was surprised that Arizona even made it into the top 25 given what all the other states are doing out there,” said Katherine Stainken, policy director at Plug In America. “There is a huge difference between those in the top 10 … and those that are beyond that.”

Arizona was nicked by the ACEEE in several areas: The report said the state does not offer sufficient incentives to buy electric vehicles, does not have programs to help drivers in low-income communities get them, and lacks overall emissions reduction goals.

The state earned points for providing “off-peak” rates for EV charging and for not having annual electric vehicle fees – a protection state lawmakers are trying to take away.

A Senate committee gave preliminary approval earlier this month to an omnibus tax bill that includes a new $110 tax on electric vehicles to offset the loss of gasoline taxes that are used to maintain the state’s highways.

“We think that’s ridiculous,” said Jim Stack, president of the Phoenix Electric Auto Association. “That’s more than the tax a normal gas car pays in gas tax for a year.

“We don’t mind paying our fair share and some extra fee to help pay for roads because we know that’s important but, you know, don’t scare people away before they even have a chance to buy an electric vehicle,” he said.

The bill would impose a flat fee of $110 per year on electric vehicles and $44 on hybrids, on the theory that those cars are using state roads but not paying the 18-cents-a-gallon gas tax other drivers pay to maintain the state’s roads. A fiscal note with the bill estimates that there are currently 34,898 electric vehicles in the state and about 114,400 hybrids, which would bring in just over $9 million in new revenue a year.

Arizona joined seven other Western states in 2017 agreeing to promote EV acceptance and awareness by addressing “range anxiety” – the fear that an electric car will run out of juice before it reaches the next charging station – look for ways to improve charging infrastructure and encourage manufacturers to market electric vehicles, among other efforts.

But advocates say Arizona has not lived up to the agreement.

“The more that we can build out that charging infrastructure along the highways and have more in metro areas, the greater people feel more comfortable with purchasing electric cars,” said Stainken. “You can drive anywhere in the state and see gas stations so we need to make sure that the charging stations are just as visible.”

Stack said improvements in the charging infrastructure are still needed – but that the situation is probably not as bad as some car-buyers fear.

“People don’t realize how much charging has been enhanced,” he said. “Once people see these and understand how they work, it’s like, ‘Wow, you don’t have to worry about range anxiety.’”

Stainken said that the state should come up with a good strategy to encourage people to look at investing in electric vehicles.

“I think that Arizona is going to miss out on the good economic benefits that will wreak from the transportation electrification sector,” said Stainken. “I just encourage the state to really… with all there is to gain, come up with a good strategy moving us forward.”