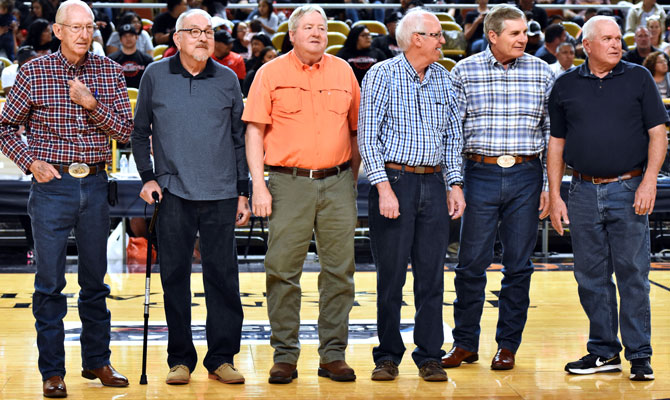 The Roughriders took on the now-shuttered McNary Green Devils for the 1A (Class C) state title and prevailed 79-56. A day earlier during the semifinals, the Fredonia Lynx were also dispatched by a 23-point margin, 93-70.

Pima walked off the court into history, having a state second-best 86.6 point per game scoring average behind 1966 Phoenix Indian School’s 93.8 average, earning its second of five consecutive state titles, and ended the season with a 17-game winning streak.

It was the start of a 75-game win streak begun after eventual 1970 2A (Class A) state runner-up Morenci slipped past the Roughriders 56-52 during the first round of the 7th Eastern Arizona Holiday Tourney on Jan. 1. Patagonia, led by 6-8 Class of 1973’s Jeff Spencer, an eventual Northern Arizona University standout, halted it 66-62.

Then 6-1, 175-pound Mike Alder and 6-1, 170-pound Ric Bryce earned all-state first-team honors, and Scott Bryce did so the next two years. Each of the student-athletes on the basketball roster was part of the state championship football team in November of that school year.

Fifty years later, the Arizona Interscholastic Association recognized Pima’s accomplishment in the same venue on Feb. 29. They may not have taken the court as senior citizens as they did while teenagers, but they were as proud to be there as when they were last there.

“It was my strongest team,” the 77-year-old former head coach said. “I used some of the things (for preparation Morenci head coach) Steve Hudgens used.”

The Roughriders featured a run and shoot or run and gun type of offense, similar to what the current 1A state champion Fort Thomas Apaches used.

“We were consistent,” Micheal Bryce said. “Other teams might have more talent, but nobody was going to outrun us. We had one of the strongest, most dominant high school sports programs in (the) state. Of the 150 member enrollment school, a third of the students were involved in sports.”

“I learned to always keep looking to win, surround yourself with good people, take a minute to count your blessings, and never give up,” he said.

“We were disciplined, and our goal was to be the best-conditioned team in the state,” Mike Alder said. “We had a good run.”

Alder mentioned the friendships developed. “I learned the ability to overcome whatever came our way,” from participating in sports.

“We had five different fast-break options, and then we ran a play,” Carpenter said. “It was because of our head coach, five guys playing as a team. I learned hard work and repetition (were keys to success). We would do anything for Stan (Smith) out of respect.”

In one game recounted by the honorees, the Roughriders scored 90 points in three quarters. Younger players were inserted for the fourth quarter and they added 23 points. The junior varsity ended 18-0 following the 15-3 previous season’s version.

Another mentioned the whole town closed down to attend the games.

Still another said he felt he could accomplish anything. He gained confidence in any aspect of life.

The 1970 Roughriders were recognized as 1A boy’s basketball state champions during halftime of the 2A Scottsdale Rancho Solano Prep versus Glendale Trivium Prep championship game. 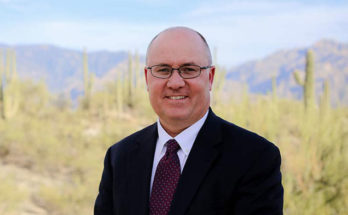