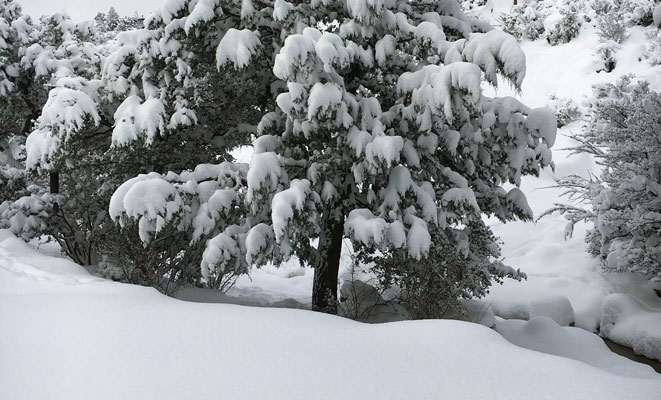 PHOENIX – The Arizona Interscholastic Association has postponed the 2A State Championship football game between No. 1 Round Valley and No. 3 Phoenix Christian due to predicted severe weather in northeastern Arizona.

In a press release, the AIA said it postponed the game with the approval of Phoenix Christian because the weather will impact the travel plans for Round Valley’s team and supporters.

“We really appreciate the willingness of Phoenix Christian to allow Round Valley the opportunity to travel without putting everyone associated with the program at risk as the road conditions become unpredictable,” said AIA Executive Director David Hines. “The championship game is important, but we want both schools to have the opportunity for all the players, fans, and family to properly celebrate their final game of the year.”

During the basketball 1A and 2A semifinal and championship games in February, the games were initially listed to be played as scheduled in Prescott Valley despite a forecast for severe winter weather and dangerous travel conditions.

After teams arrived in Prescott – some at their own peril and having to push team transportation through snowy and icy intersections – the AIA then postponed the games. However, since Thatcher and its opponent, Scottsdale Christian, were both in the Phoenix area, their game was played at Greenway High School in Phoenix instead.

The AIA said it anticipates the 2A Championship football game will be played Friday, Dec. 6, starting at 7 p.m., but is still looking for a host school to accommodate the matchup. Two other conference championships are scheduled to be played the same day at the same time.