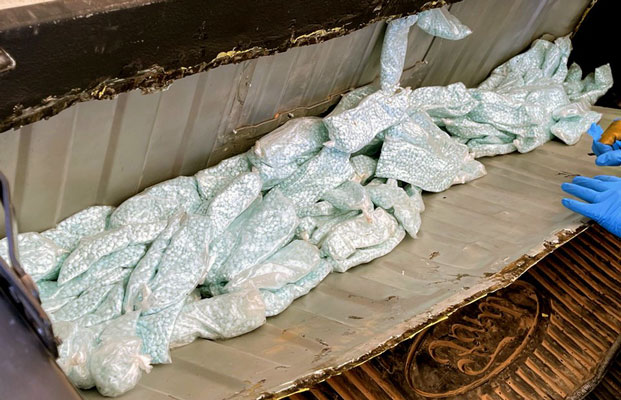 Contributed Photo/Courtesy U.S. Customs and Border Protection: Agents seized more than 53 pounds of fentanyl from within the bed of a truck stopped at the immigration checkpoint on I-19.

Tucson Sector agents encountered a 33-year-old U.S. citizen female driving a white Ford F-150. A canine alert along with imaging technology led agents to discover a hidden compartment in the bed of the pickup that contained multiple packages of blue pills.

The pills tested positive for the characteristics of fentanyl and weighed more than 53 pounds.

Agents transferred custody of the suspected fentanyl and the suspect to the Drug Enforcement Administration, who will be pursuing prosecution.