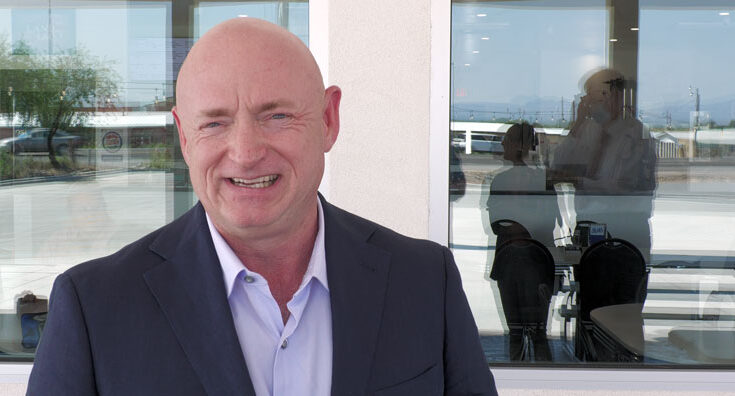 Kelly was a chief negotiator of the CHIPS Act of 2022 which will support the domestic semiconductor industry, lower costs, create high-paying Arizona jobs

WASHINGTON D.C. – Today, after a year-long push, the United States Senate passed Arizona Senator Mark Kelly’s microchip manufacturing plan as part of the CHIPS Act of 2022, a bipartisan bill that will create tens of thousands of high-paying jobs in Arizona, fix supply chains, lower costs, strengthen our national security, and reinvigorate U.S. efforts to lead the world in research, development, and innovation. The House is expected to immediately consider the legislation this week.

For over a year, Kelly championed the three pieces of legislation that form the backbone of the Senate-passed CHIPS Act of 2022 – serving as a chief negotiator of the bill’s $52 billion plan to boost domestic microchip manufacturing, originally cosponsoring the U.S. Innovation and Competition Act, and leading the FABS Act. This legislation will help establish Arizona as a global hub for microelectronics research, development, testing, manufacturing, and packaging.

“I am glad to say that after more than a year of hard work and negotiations, we are almost at the finish line to get our microchip manufacturing bill signed into law,” said Senator Mark Kelly, a chief negotiator of the Senate-passed CHIPS Act of 2022. “By creating more microchips here at home, our bipartisan legislation will lower costs for everyday goods and strengthen Arizona’s position as a leader in the production and manufacturing of this technology that is critical to our economy and to our country’s national security. I’ll continue working with Republicans and Democrats to get this onto the President’s desk and signed into law.”

Arizona is home to one of the largest microchip industries in the country and is poised to grow with investment plans from Intel and the Taiwan Semiconductor Manufacturing Company. Kelly has recently visited both companies, hosted semiconductor industry leaders at a meeting in Phoenix with the Arizona Commerce Authority, and saw firsthand the work done by Arizona’s community colleges to train workers for jobs in the semiconductor industry.

In addition, the bipartisan legislation reauthorizes key federal R&D programs, including at the National Science Foundation, the Department of Energy, the Department of Commerce, and the National Aeronautics and Space Administration (NASA). The bill includes four of Senator Kelly’s bipartisan bills: the Microelectronics Research for Energy Innovation Act, the Strengthening STEM Ecosystems Act, the Investing in Domestic Semiconductor Manufacturing Act, and the Advancing Human Spaceflight Act. Click HERE to read a summary of the CHIPS Act of 2022.

“We’re excited for the Senate’s bipartisan vote today to fund the CHIPS Act and urge the House to follow suit. We will move forward together to advance American leadership in semiconductor manufacturing and R&D and strengthen American national and economic security. We applaud Senator Kelly’s leadership and year-long effort to get this done in the Senate. Funding the CHIPS Act will enable Intel to continue growing in Arizona for years to come,” said Intel CEO Pat Gelsinger.

“CHIPS Act funding would direct global semiconductor investment towards U.S. soil and provide critical support to revitalize advanced semiconductor manufacturing in the U.S. Construction of TSMC’s 5nm fab in Arizona, the country’s most advanced chip manufacturing plant, is well underway and is right on track,” said CEO and President of TSMC Arizona Rick Cassidy. “TSMC appreciates the work of our dedicated partners on the state, local, and federal levels, like Senator Kelly. These incentives will also enable the building of a U.S. semiconductor manufacturing ecosystem, including our suppliers to expand production capabilities for years to come, in alignment with TSMC Arizona’s commitment to supporting leading-edge manufacturing in the United States.”