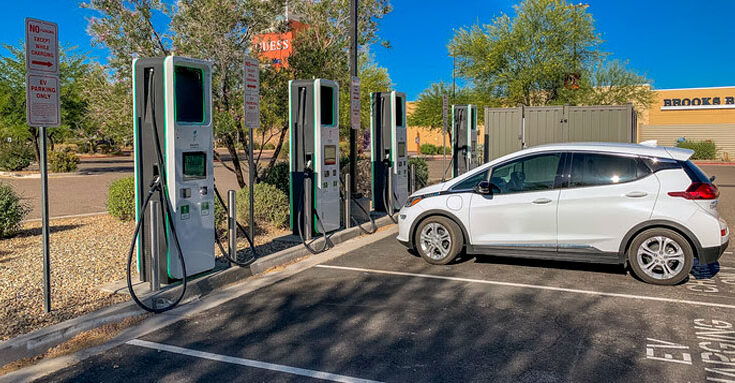 PHOENIX – As more and more Arizona drivers get behind the wheel of an electric vehicle, the Arizona Department of Transportation is taking advantage of new federal funding sources and developing a long-range plan to implement a statewide network of EV charging stations.

The Infrastructure Investment and Jobs Act, also known as the Bipartisan Infrastructure Bill, recently made $5 billion available for the deployment of publicly accessible electric vehicle (EV) chargers along alternative fuel corridors nationwide. The goal is to deploy a network of EV fast chargers to reduce range anxiety and encourage EV adoption by more users.

ADOT will seek input from the public and a wide variety of agency and industry stakeholders during the plan preparation. An online public survey and virtual public meeting are planned for July.