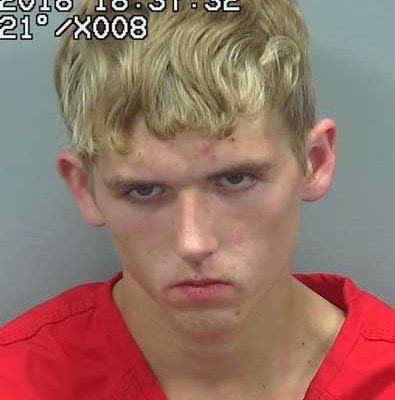 GRAHAM COUNTY – David Paul Brumley, 18, has been charged with three counts of child molestation, sexual conduct with a minor, and sexual abuse.

The charges stem from the accusation of at least two separate incidents that may have occurred between April 30, 2016, and Dec. 31, 2017, with a male relative who was under the age of 10 at the time. Investigators learned about the possibility of the incidents after the victim reportedly informed educators at his school about the situation and said it caused him to become suicidal. The school then informed the Department of Children Services, which called the Graham County Sheriff’s Office and responded to the school along with a deputy to interview the victim. The victim also had a forensic interview later on at the Cochise County Children’s Advocacy Center in Sierra Vista.

In an interview with the victim’s mother, investigators learned Brumley had been staying at their house off and on in 2016, where at least five other children were living as well. The victim’s mother said the victim had informed them about some incidents and that they confronted Bumley but he denied it happening. They then told the victim that Brumley would not be back in the house.

Around May 2016, a bus ticket was purchased for Brumley to return to Missouri and live with another woman who had two children of her own. Brumley formerly lived in Missouri with his father, who he shot and killed when he was younger in a case that was determined to be self-defense.

In text messages between the two mothers, the victim’s mother warned the Missouri woman to be careful with Brumley around little children and informed her of the allegations against him.

Brumley didn’t stay in Missouri, however, and soon found his way back to Graham County, where he ended up getting into trouble for theft, shoplifting, and underage consumption of alcohol.

During an interview with Brumley, the suspect allegedly admitted to having inappropriate sexual contact with the victim and said he was high on drugs and alcohol when the incidents occurred. Brumley was then arrested and booked into the Graham County Adult Detention Facility. He was last in court on March 26 for his first pretrial conference.