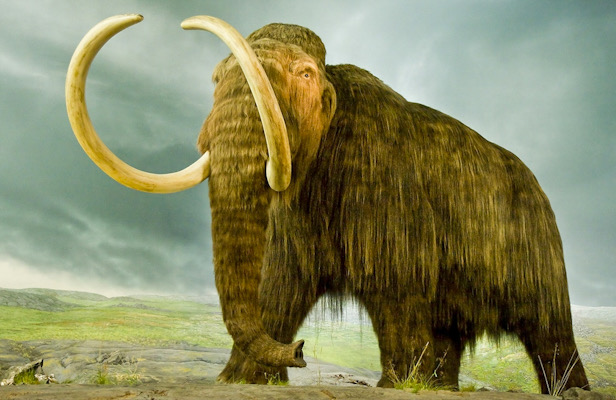 Let me see, what does the world really need to make it a better place?

I know, how about a clone recreation of a prehistoric Woolly Mammoth?

Perfect.  Maybe, we can even get the CIA involved!

Before you choke on your morning latte, keep in mind my proposal has already been recommended by an outfit calling itself Colossal Biosciences.

Sounds interesting.  Possibly, worth looking into in a scientific sort of way.  After all, when was the last time a Woolly Mammoth was seen grazing in the alfalfa fields east of Fort Thomas?

Maybe, several thousand years before there was a Fort Thomas?

All of this fanciful gibberish sounds like the creative ravings of an overly imaginative science fiction novelist.  Except, for the fact the Central Intelligence Agency, along with a few other similar organizations, is actively providing research funding to Colossal Biosciences.

Which means, of course, it’s actually your tax dollars that are being used to finance this boondoggle.

According to The Intercept, Sept. 28, 2022 – an online news publication -Colossal’s co-founder, Ben Lamm, believes “Biotechnology and the broader bioeconomy are critical for humanity to further develop.  It is important for all facets of our government to develop them and have an understanding of what is possible.”

Cloning an overgrown extinct elephant is “critical for humanity to further develop”?  I’ll have to give that proposition a little more thought.

Lamm has no doubt “Colossal will revolutionize history and be the first company to use CRISPR technology successfully in the de-extinction of previously lost species.  On the journey, we will build radical new software tools and technologies to advance the science of genomics overall.”

Once we get past the hype and realize the necessity of the sales-pitch, it becomes apparent Colossal’s interest in promoting the resurrection of the Woolly Mammoth is probably more profit oriented than scientific.

Especially, when access to piles of government money is available for the taking.

By the way,  those of you who may have skipped the lecture on the purported benefits of the CRISPR acronym – Clustered Regularly Interspaced Short Palindromic Repeats – has to do with genome editing or gene editing.  Basically, messing with an organism’s DNA to achieve an altered result.

To bring back the Woolly Mammoths, the mammoth’s DNA would be mixed with a contemporary Asian elephant’s DNA.  Afterword, the hybrid embryo is implanted into the womb of an African elephant.

Reportedly, this combination would create the closest facsimile to an actual living Woolly Mammoth.

Or, so we’re told.  Not being a Woolly Mammoth DNA authority, I could probably also be convinced extracting DNA samples from ancient fossilized tar pit house cats, then woven with the DNA of ordinary zoo lions would eventually produce a Sabre Tooth Tiger.

However, anytime the CIA is mentioned as an active financial participant in some kind of clandestine science experiment, it’s pretty much a certainty not everything is as innocent as claimed.

In-Q-Tel, another CIA funded venture capital firm “has recently shown an interest in biotechnology and DNA sequencing,” The Intercept reveals.

We’ve heard and seem similar animal experiments before.  Years ago, a female sheep named Dolly was cloned.  Remember when the heralded Beefalo, a cross between a domestic bull and a female American bison, was bread to increase cattle meat supplies?  Plant life can also be duplicated or altered using comparable techniques.

Of all the animals to choose from, why select a Woolly Mammoth to resurrect?  Why not, say, assist in growing the populations of the local Mt. Graham Red Squirrel, or Gila Trout, or any other “endangered” specie?

What is the motive in bringing back a mammal that became extinct thousands of years ago?

As usual, we’re told it’s for the “benefit of humanity and preservation of the planet.”

Sure, it is.  To my way of thinking, attempting to alter the laws and natural occurrences in nature might be treading on thin ice.  It’s one thing to assist in promoting the management or elimination of human diseases and other Earthly discomforts, but attempting to reintroduce creatures eradicated millenniums ago seems a fool’s folly – unless there’s really other motives involved.

Actually, I seriously doubt the CIA is interested in spying on suspiciously acting, recreated harry elephants.

They might, however, be curious in the process used to rebuild the beasts.

Logically, if extinct animals can be successfully brought back into the world through newly acquired knowledge and technologies, then it might be possible to employ these procedures to clone humans, or human-like reproductions.

Which is exactly what Colossal Biosciences’ co-founder, George Church, believes.  “We can clone all kinds of animals, so it’s very likely that we could clone a human.  Why shouldn’t we be able to do so?”

There’re billions of humans in all shapes, sizes and colors presently running around from which DNA could be obtained to begin the cloning process.  It isn’t necessary to dig up some 10,000-year-old Cro-Magon dude, acquire DNA samples from his tired old bones, in an effort to bring back a modern cave man.

Presently, there’s laws against performing human cloning experiments, but as Church observes “laws can change, by the way.”

Applying this logic, the next step might be to rejuvenate the dinosaurs.  Then, bio-genetically injecting a tetradactyly’s DNA into a Rhode Island Red, yielding a new super-sized Kentucky Fried Chicken menu item.

Perhaps, like lab mice, principled politicians could be produced by the thousands.

Unfortunately, that might be easier said than done.   Creating a principled politician from scratch could exceed scientific knowhow, doomed to failure from the very beginning.

For instance, before they begin their experiments, where would scientists look for unblemished fossils to obtain principled politician DNA samples?

Maybe, from some ancient undisturbed seabed, prior to the pesky critters crawling onto shore to inhabit a place in Virginia called “The Swamp.”