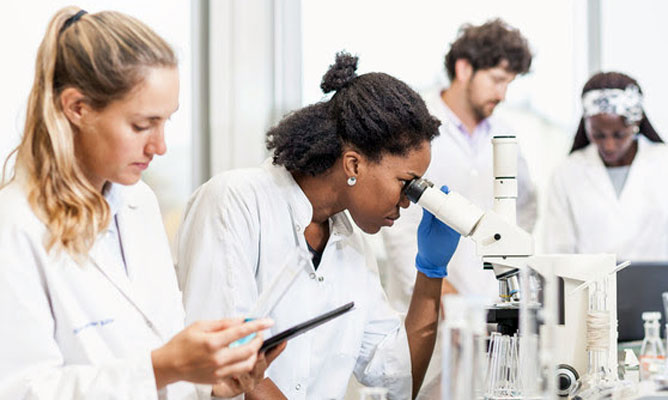 Women are nearly half of the U.S. workforce but only 27% of STEM workers

By Anthony Martinez and Sheridan Christnacht

WASHIGNTON D.C. – Despite making up nearly half of the U.S. workforce, women are still vastly underrepresented in the science, technology, engineering and math (STEM) workforce.

STEM occupations account for nearly 7% of all U.S. occupations and STEM workers play an important role in America’s innovative capacity and global competitiveness. They are our engineers, medical scientists, sociologists, and informational security analysts.

National STEM/STEAM Day is celebrated every year on Nov. 8 to encourage kids to explore their interests in the fields of science, technology, engineering, art, and math.

In 2019, there were nearly 10.8 million workers in STEM occupations, according to Census Bureau estimates.

Since 1970, the representation of women has increased across all STEM occupations and they made significant gains in social science occupations in particular – from 19% in 1970 to 64% in 2019.

However, women did not make as big gains in computer and engineering occupations, which made up the largest portion (80%) of the STEM workforce.

Women represented only about a quarter of computer workers and 15% of those in engineering occupations. They were, however, a majority of the nation’s social scientists. But social science accounted for only 3% of STEM occupations.

Women working in engineering occupations increased from 3% in 1970 to 15% in 2019. And while the percentage of women in computer occupations is higher than in 1970, it actually decreased between 1990 and 2019.

In STEM occupations that are majority women and have enough of a sample to meet statistical standards for reliability, (other psychologists, natural sciences managers, and medical scientists) women employed full-time year-round earned less or about the same as men.

Among the 70 detailed STEM occupations the Census Bureau reports on, women earned more than men in only one STEM occupation: computer network architects. But women represented only 8% of those in this occupation.

Much of the data highlighted above come from a recently released detailed table from the American Community Survey and provide information on specific STEM occupations and earnings for women and men.

Anthony Martinez is a survey statistician in the Census Bureau’s Social, Economic, and Housing Statistics Division.

Cheridan Christnacht is a former survey statistician with the U.S. Census Bureau’s Social, Economic, and Housing Statistics Divison and is now a law student at the University of Chicago.