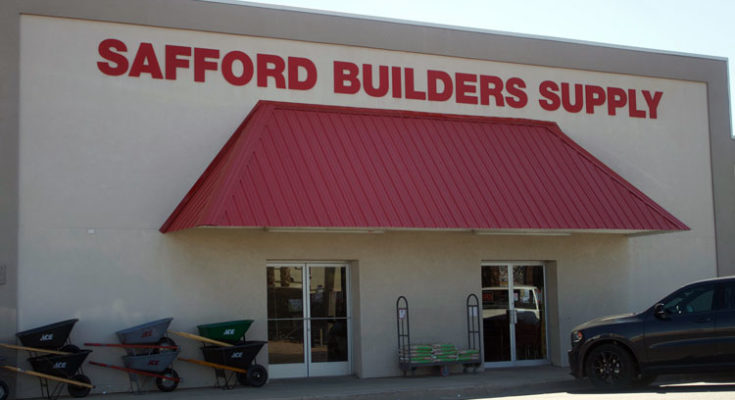 SAFFORD – A mother is facing multiple possible charges after allegedly using her own son in a scheme to defraud her ex-husband’s business.

The pending possible charges include fraudulent schemes, forgery, theft, trafficking in stolen property, and contributing to the delinquency of a minor.

According to a Safford Police report, Cristen Faye Good (Huffman), 35, of Thatcher, used her son to sign multiple invoices at Ace Hardware – Safford Builders Supply on the account of LableMasters, which is owned by the boy’s father and grandfather. Cristen herself signed two of the invoices as well.

On Sept. 14, the owners brought the issue to the attention of the police after noticing their bill was twice the amount as usual. The victims provided eight separate invoices starting on July 22 totaling $1,114.82 that they said were fraudulent. Video surveillance from the store showed the juvenile and Cristen making the purchases for the contested invoices. The owners informed the police that they didn’t wish to pursue charges against the juvenile as he was working at the business to repay the debt.

The juvenile informed the authorities that his mother had come up with a plan to have him sign for an invoice when they went to Ace Hardware for some household supplies. After that initial success, the youth said his mother decided to go back numerous times, purchase multiple more items on the LabelMasters account, and then resell them on social media platforms.

Cristen also said she had planned on paying back the amount they had purchased, however, she sold the items for less than they were charged for, and as of the date in question she hadn’t paid back any of the money. She later returned 13 of the 91 items she had gotten from Ace Hardware.

Her probation officer informed the Safford Police officer that he was going to place Cristen on house arrest at her apartment in Thatcher until the investigation was completed.