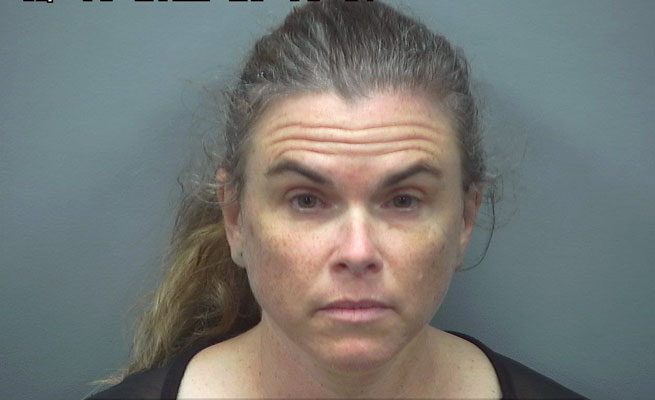 GRAHAM COUNTY – Melanie Foote, 42, was arrested and booked into the Graham County Adult Detention Facility on Sept. 5 on charges of aggravated assault and child abuse after allegedly beating her son with a metal rod off a broken laundry rack.

A deputy was dispatched at about 3:10 p.m. for a domestic violence call at a residence in Bryce north of Pima, off N. Dunedain Path. Upon contact with the victim, a deputy noted a welt on his left knee and some scratches on his back and chest.

According to statements from both the victim and the suspect, Foote was angry with her son for not following her instructions and when he broke a laundry rack she “lost it” and pushed the victim to the floor and began striking him with a metal rod from the laundry rack.

Foote also allegedly admitted to following the victim as he fled the house while continuing to strike him. The deputy advised the victim reported also being struck with a stick and a wire hangar, but Foote said she “blacked out” and didn’t remember doing that.

The victim fled on foot to a relative’s residence, and Foote initially left the scene in a truck but was later contacted after she arrived at the relative’s house as well.

Foote was then taken into custody and transported to jail, where she was booked on the charges listed above.