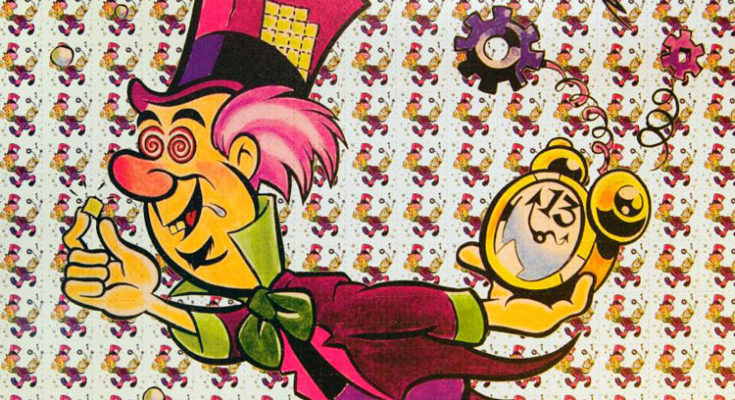 In blotter LSD, the drug is placed onto blotter paper which commonly has a design or color and is perforated into individual squares.

SAFFORD – Graham County Probation officers were surprised to discover four tabs of LSD on Thursday when they attempted to replace the battery on a probationer’s ankle monitor.

According to a Safford Police report, probation officers removed the monitor from the probationer prior to an appearance in Graham County Superior Court. The officers then took the ankle monitor back with them to the Graham County Probation Department to change the batteries and discovered a cellophane package inside the battery compartment.

Inside the cellophane was a bluish-green, square-shaped flat substance that turned out to be four hits of lysergic acid diethylamide (LSD), which is a strong hallucinogen. The LSD had apparently been placed on “blotter” paper, which is perforated into small squares and usually has colored images printed on them.

During his court appearance, the probationer was asked about the substance and admitted to the court that it was LSD and that a friend had given it to him just as he was getting ready to enter the courthouse. The probationer said he didn’t know what else to do with it, so he put it into the battery compartment of his ankle monitor.

An officer cut one of the tabs off and it field-tested positive for LSD. He noted that he was forwarding his report to the Graham County Attorney’s Office for possible charges.

Possession of LSD in Arizona is considered possession of a dangerous drug and is listed as being a Class – 4 felony.