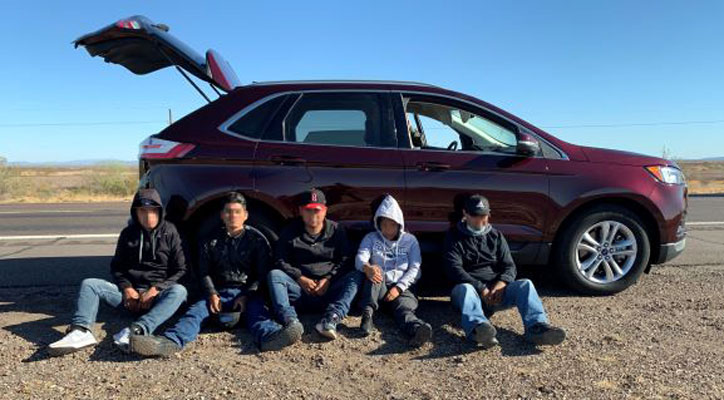 Agents assigned to highway operations east of Wellton conducted a vehicle stop on a Ford Edge on the eastbound lanes of Interstate 8 at mile marker 80 at approximately 7:30 a.m.

Agents discovered two U.S. citizens, the driver and front passenger, and five migrants, three of whom were hiding in the rear cargo area. Agents arrested the 36-year-old male driver and 19-year-old male passenger, both of Palmdale, California. The migrants, four males, and one female were also arrested. All subjects were transported to the Wellton station for further processing.

Three of the migrants have previously been removed from the United States and could face re-entry charges.