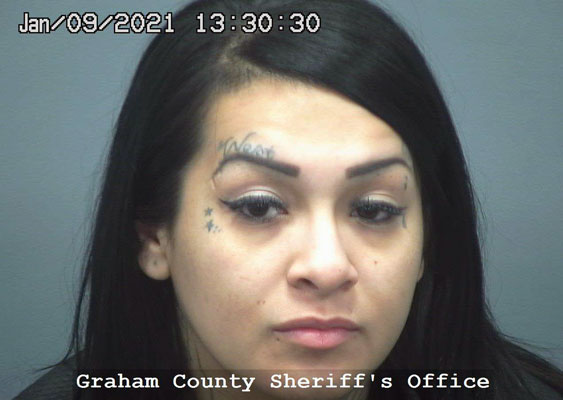 Contributed Photo/Courtesy GCSO: Aaliyah Palacio, 25, was booked into jail for multiple warrants and faces DUI charges after being found asleep with her car running in a Circle K parking lot.

SAFFORD – A woman with multiple active warrants was arrested and booked into the Graham County Adult Detention Facility on Saturday after officers located her asleep at the wheel of a car while it was still running.

According to a Safford Police report, an officer was dispatched at about 7:34 a.m. to the Circle K at 1542 E. Highway 70 regarding a woman who appeared to be sleeping in a vehicle that was running in the parking lot.

Upon arrival, an officer located Palacio asleep and woke her by knocking on her window. At that time, Palacio attempted to put her car into park even though it already was and then turned off the engine. According to the officer, Palacio initially identified herself as a different family member and that Palacio showed signs of impairment.

The officer then learned Palacio did not have a valid driver’s license but did have multiple warrants for her arrest, including a petition to revoke her probation and one for shoplifting. Palacio was also on probation regarding a guilty conviction of possession of a dangerous drug. After her arrest, a new warrant was issued regarding a petition to revoke her probation.

Additionally, Palacio has a warrant for her arrest out of Casa Grande Justice Court regarding charges of possession of drug paraphernalia and failure to appear in court.

Palacio allegedly admitted to using methamphetamine the previous night. After failing a field sobriety test, she was booked into jail on her warrants and DUI charges are pending. The car was given to a family member at the scene.

Palacio was the passenger in a high-speed chase in October 2020 in which the driver, Manuelita Manuela Aguilar, of Willcox, recklessly sped from pursuing officers. That pursuit ended when Aguilar lost control and got stuck in a dirt berm off Stockton Road. 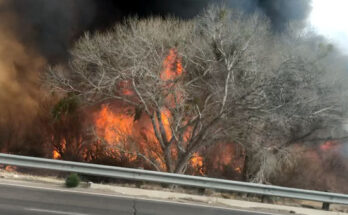