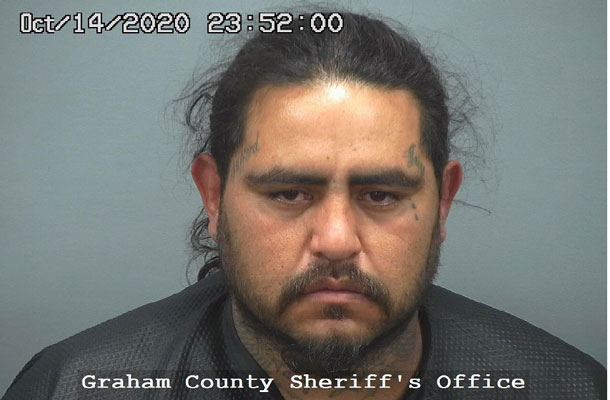 Contributed Photo/Courtesy GCSO: Jesus Jerman Vasquez, 32, of Solomon, was arrested and booked into jail on charges of unlawful flight from law enforcement, criminal damage, driving on a suspended license, resisting arrest, and a warrant for failure to appear in court regarding a DUI-drug charge.

SAFFORD – Jesus Jerman Vasquez, 32, of Solomon, was arrested and booked into the Graham County Adult Detention Facility after fleeing from police and crashing into a utility pole Wednesday, Oct. 14.

Vasquez was booked on charges of unlawful flight from law enforcement, criminal damage, driving on a suspended license, resisting arrest, and a warrant regarding his failure to appear in court on a DUI-drug charge.

According to a Safford Police report, an officer was on patrol at about 2 p.m. when he noticed a brown GMC Sonoma parked at the gas pumps at the Circle K at the intersection of 1st Avenue and Relation Street. The officer recognized the driver as Vasquez and knew that he had a warrant for his arrest.

The officer then witnessed the Sonoma travel at a high rate of speed northbound in the center turn lane of 1st Avenue. The officer attempted to initiate a traffic stop, however, Vasquez failed to yield.

Instead, he turned westbound onto 12th Street and then southbound onto 2nd Avenue. When Vasquez attempted the southbound turn, the Sonoma collided with a utility pole, which knocked down a row of powerlines. The city of Safford Utilities later arrived and repaired the downed lines.

The officer arrived in time to see Vasquez running south on 2nd Avenue and two passengers also fleeing on foot.

Vasquez reportedly made it over two residential fences before the officer caught up with him at a taller fence. Concerned for his safety as Vasquez appeared to be reaching into his waistband, the officer struck Vasquez in his face, took him to the ground, and placed him in handcuffs.

During questioning, Vasquez allegedly identified his passengers as Cody Gann and Fernando Gallegos, both with active felony warrants. A search was made for Gann and Gallegos, but they were not located.

After being medically cleared at Mt. Graham Regional Medical Center, Vasquez was booked into the jail and his vehicle was towed from the scene. 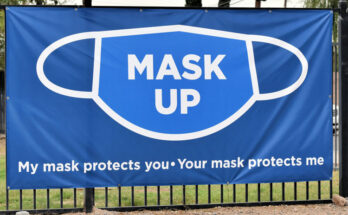