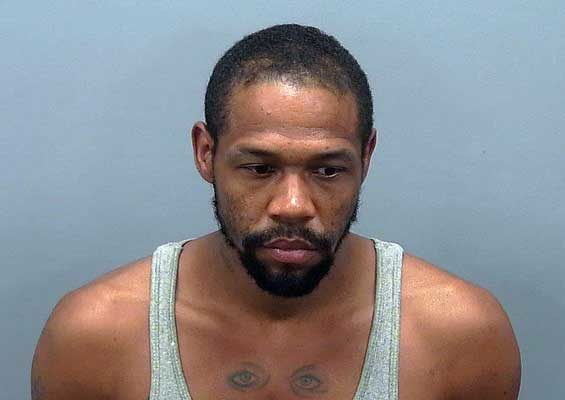 SAFFORD – A check of a vehicle parked in an area known for drug use turned up a wanted felon who had a stolen handgun in his possession. A bag of marijuana allegedly belonging to a juvenile in the vehicle was also found.

According to a Safford Police report, an officer was on patrol at about 1:45 p.m. when he noticed a vehicle parked in a desert area north of 26th Street.

Upon contact, the officer located multiple occupants, including the driver of the vehicle, a front seat juvenile passenger, rear driver’s side passenger Juan Estrada, and another rear passenger, who was identified as Estrada’s 15-year-old daughter.

After checking the individuals on his computer, the officer learned Estrada had a no bond warrant for Estrada out of Yuma County Superior Court on a charge of larceny. Estrada also previously served multiple prison stints on drug charges.

The officer then took Estrada into custody and later located a Highpoint 9-mm semi-automatic handgun underneath the seat where Estrada had been sitting. The officer advised he knew to look in that area because he had seen Estrada reach down beneath his seat and believed he was concealing something. After Estrada was booked into the jail on his warrant, it was learned the gun was stolen out of Pima from Estrada’s brother-in-law. The victim advised he was missing the Highpoint as well as a Colt .45 ACP pistol.

Estrada had previously mentioned there should have been two guns in the vehicle and claimed the driver was the one who had them and had previously taken him shooting.

The driver denied possession the guns or ever having gone shooting with Estrada but said he had seen Estrada with the weapons in a black zipper bag by a tent in the backyard of a residence on S. 5th Avenue.

A small amount of marijuana and a partially smoked joint were located underneath the front passenger seat where the other juvenile was seated. Everyone in the vehicle denied knowledge of the pot.

The report was forwarded to the Graham County Attorney’s Office for review and charging.