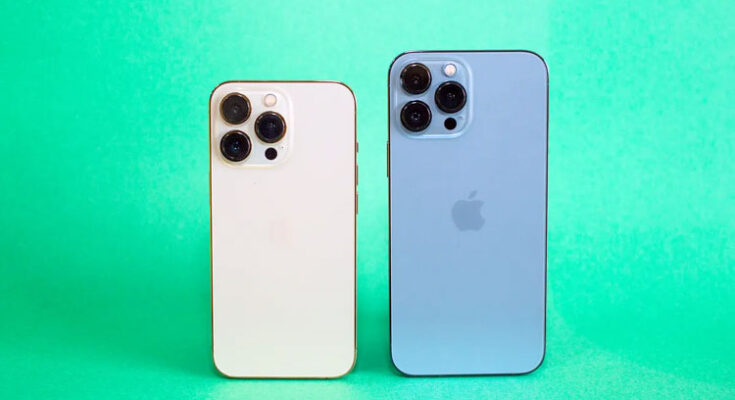 A third-party employee is accused of stealing a “bait” cellphone from Walmart.

SAFFORD – A GPS device disguised as an iPhone 13 to nab would-be thieves didn’t even make it to the shelf at the Safford Walmart before being pilfered from the store.

A “bait” cellphone is made to look like a real cell phone but is actually a GPS device that sends an alert and coordinates when stolen.

According to a report by Safford Police Department, Walmart asset protection employees received an alert from the phone that it had been removed from the electronics department. Upon reviewing surveillance footage, a manager with a third-party contractor that Walmart hires to sell and activate the phones was seen hiding the cell phone in a co-worker’s backpack.

The third-party manager, identified as Nathan Anthone Mendoza, 32, of Safford, was then viewed purchasing a case of beer and leaving the store with the “bait” cellphone still concealed in his co-worker’s backpack. The pair exited the store together and entered a silver car, where they stayed for the next 40 minutes before driving from the scene.

The officer then went to an address in Solomon where the GPS device said it was currently located and came upon the same silver car that was in the Walmart parking lot.

When questioned about the phone, Mendoza allegedly told the officer that he was inventorying the phones and found it odd he couldn’t inventory that phone, so he took it with him and said he planned on putting the phone back when he went to work the next day.

However, the Walmart asset protection employee said Mendoza does not do the inventorying for the phones as only Walmart employees do that. He added that the retail cost of the phone is $1,471 and advised the third-party company that Mendoza was no longer allowed back in the store.

On July 14, charges of felony theft and shoplifting were filed against Mendoza in Safford Justice Court.