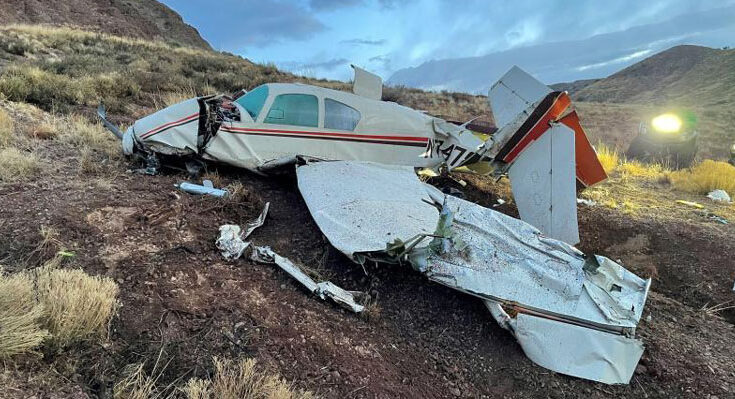 On March 24, at approximately 1:45 a.m. MST, New Mexico State Police requested assistance from Lordsburg Border Patrol Station in the search and rescue of a downed fixed-wing single-engine aircraft in the southern end of the Pyramid Mountains.

After an extensive search, Lordsburg agents were able to locate a pilot and passenger at the coordinates provided by NMSP. Both subjects were off-duty police officers with the Fulshear Police Department in Fulshear, Texas.

The pilot was injured but conscious and lying outside of the aircraft. The passenger, although conscious, appeared to have suffered injuries and required extraction from the aircraft by agents. Injuries to both victims included lacerations throughout their bodies, a broken leg and one of the victims was reportedly going into shock.

After over four hours on the ground, feverishly conducting life-saving efforts, agents transported both subjects over harsh terrain to awaiting emergency medical services from Hidalgo County. Both subjects were transported to a local hospital with non-life-threatening injuries.

“I would like to recognize the hard-working Lordsburg Agents that participated in the rescue of the pilot and passenger of the airplane. If it wasn’t for their efforts, these two victims could have perished in the aftermath of the crash,” said El Paso Sector Chief – 2 – Gloria I. Chavez. “It goes to show how, in addition to securing our Nation’s borders, our agents are committed to assisting other agencies when called to action to save human lives.”

The National Transportation Safety Board is the lead investigative agency.