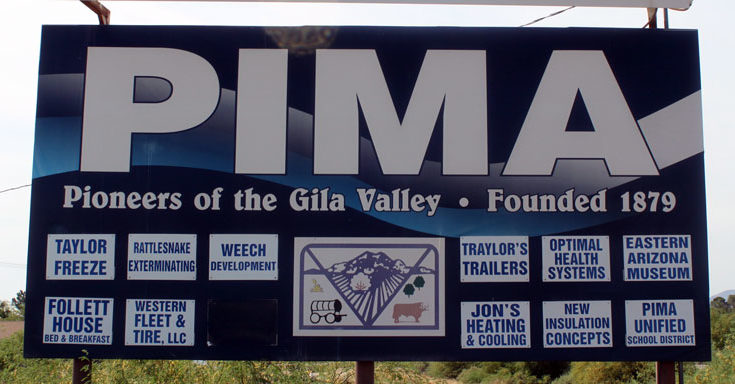 PIMA – Known as the “Pioneers of the Gila Valley”, the town of Pima became another pioneer as the first local municipality to open its government offices during the COVID-19 pandemic with the reopening of Pima Town Hall on Monday.

“The people who normally come to town hall are the people who by law I still have to meet with,” said Pima Town Manager Sean Lewis. “So, the only thing shutting our town hall really did effectively is move them from the front of town hall to the back. So, really after looking at it, it made no sense to keep closed because we don’t have high traffic and I felt like I was exposing the employees of the office more by brining them in the back to meet with me than I could by meeting them in the office.”

The lobbies of Thatcher Town Hall and Safford City Hall are still closed to the public, but services may be garnered over the phone or by internet.

With the reopening, Pima also began accepting applications for lifeguard positions for this summer’s Pima Pool season. Applicants must be at least 15 years of age and be in possession of a Red Cross lifesaving card. Applications can be acquired at Pima Town Hall from Monday – Thursday from 8:30 a.m. – 4 p.m. or by clicking here.

The town is hoping to reopen the pool for the season starting June 1.

The town has requested those who visit do not loiter, and maintain a physical distance of six feet between patrons. All returned material will be held for 72 hours prior to being recirculated. Also, computer use will not be available except to complete the 2020 Census.

The Safford City-Graham County Library has been open for curbside service and on Monday it began allowing its computers for use by appointment. To schedule an appointment to use its computers call 928-432-4165.

A public terminal is available at the library to complete the census for those who do not have internet access. The census is a vital component to enlist funds for the town to better serve its citizens. So, if you haven’t filled out your census yet, the town cordially requests you do so and has offered its computer at the library to assist. The census usually takes about 5 – 10 minutes to complete.