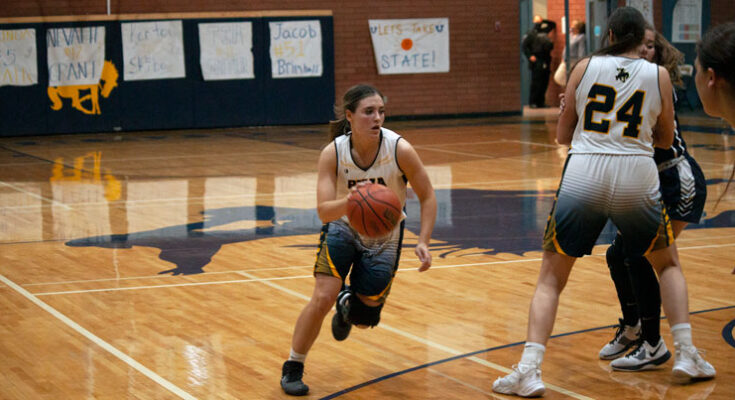 Jon Johnson Photo/Gila Herald: Nevaeh Grant drives the ball past a pick set by Ashlynn Charlson. Pima destroyed Scottsdale Prep in the opening round of the State Championships, 82-21.

Will host No. 8 Phoenix Christian on Saturday

PIMA – The top-ranked Pima Roughriders registered the largest margin of victory out of the eight opening-round games of the girls 2A State Championships on Wednesday by defeating No. 16 Scottsdale Prep 82-21.

The Roughriders (8-0 region, 17-1 overall) had their perfect season dashed in the waning seconds of their game against Thatcher (61-63 on March 1) and had nine days to stew in that revelation and then take it out on the Scottsdale Prep Spartans (5-7 region, 9-9 overall).

“I think it helped us,” said Pima head coach Roy Corona. “It made them mad. A lot of people say it’s good to lose one but you never go into a game wanting to lose it. But I think it helped us and made us want to win (even more.)”

The game was never in question as Pima scored in double-digits in each quarter while limiting Scottsdale to just one field goal in the second quarter and one free throw in the running-clock shortened fourth.

Pima opened its lead in the first quarter behind stalwarts Ashlynn Chlarson, and Saydee Allred, who hit back-to-back 3’s to put the Roughriders up 10-2 early.

They continued the barrage with another bucket by Allred – who finished with a game-high 16 – followed by a three-point play the old-fashioned way by Chlarson, who scored the bucket while being fouled. Charlson then hit the charity shot on her way to putting up 15 points on the night.

By the end of the first quarter, Pima was already up big, 23-9. However, it was the combination of superb defense and the explosion of the Sherwood twins in the second that really put the game out of reach.

“That was our focus – to come out intense and not let up at all;  play hard from the beginning and get it done and that’s what they did,” Corona said. “They started off hard and played good defense and offense – knocking out 3’s. We did good.”

Pima outscored Scottsdale 29-3 in the second quarter alone, holding the Spartans to a lone 3-point field goal just before halftime. Conversely, Aubrie Sherwood, (15 points) and her twin sister, Ashlie Sherwood, (15 points) had no trouble scoring in the quarter, hitting bucket after bucket and getting to the foul line. By the time the break came, Pima was up 52-12.

“I feel like we played really good,” Aubrie Sherwood said. “We had a really good offensive game . . . We were kind of slow to start the second half, but we pulled ahead.”

The Roughriders added another 15 points in both the third and fourth quarters even with the running clock, while holding Scottsdale to only 7 points in the third and a single free throw in the fourth.

“I think we sat down and played defense really good,” Ashlie Sherwood said. “We’ve been working really hard in practice and it really paid off tonight.”

Midway through the third, Ashlie came off a screen on a planned out-of-bounds play and drilled the 3-pointer – one of her favorite plays.

“Every time coach raises his hands (for the out of bounds play) it’s like it’s my time to shine,” Ashlie said.

Others scoring for Pima included Sam Pippo with 8, Jayci McClain with 6, Nevaeh Grant with 3, and Braylyn Gojkovich and Madison Gann with 2 points each.

“I’m really proud of our team and our coaches and everything we’ve done this season,” Aubrie said.

The Sherwoods said being twin sisters has helped their development as basketball players since there was always someone around to play with and they continuously have pushed each other throughout the years.

Sarah Hurley was the top scorer for Scottsdale with 9 points, followed by Abigail Benham with 5, Kathryn Newman with 4, and Orchide Nguyen with 3.

When the clock finally ticked down to zero, Pima had put up 82 points to only 21 for Scottsdale, who at least got to ride in comfort on its long ride home.

Pima will next host No. 8 Phoenix Christian in the quarterfinals on Saturday, March 13, starting at 5 p.m. 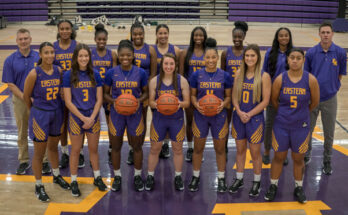 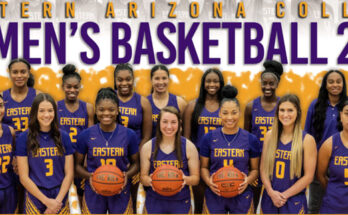 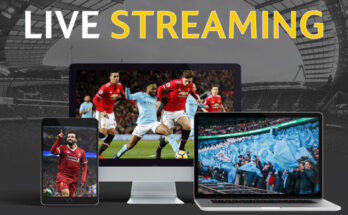