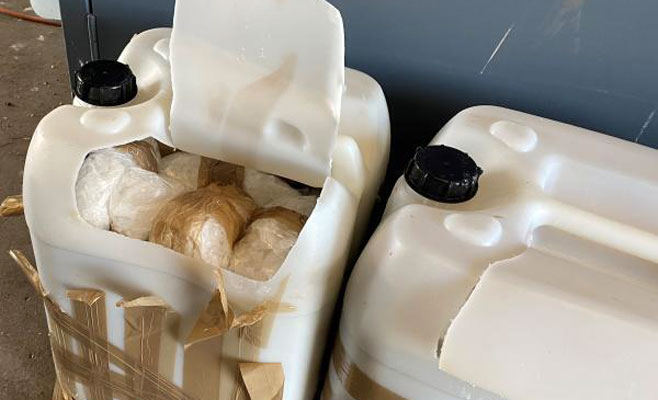 Agents were alerted to several people the morning of Monday, June 8, carrying large packs on a remote trail in the Mesquite Mountain range. Agents on dirt bikes as well as a canine team located the packs, which contained more than 145 pounds of meth, and arrested five Honduran nationals.

All five men were found to be illegally present in the United States. During processing, agents learned one was an aggravated felon with an outstanding warrant from Coweta County, Georgia. Four of the five had previous immigration violations.

The seized narcotics have an estimated street value of more than $300,000. The case has been handed over to ICE Homeland Security Investigations for prosecution.

Monday’s seizure is the third significant meth seizure in three weeks to exceed 60 pounds and be found in a remote mountainous area. This follows the trend Tucson Sector Border Patrol has observed: criminal organizations are smuggling synthetic drugs over routes previously utilized for smuggling marijuana. While the Tucson Sector has seen a substantial decrease in total marijuana pounds seized over the last four years, the frequency of synthetic drug seizures, such as meth, has increased.